We went to the Island today despite the 20 knots of NE wind and 9′ seas.  The boat got a full saltwater wash down from spray on the way out but we were able to find cover and fish in the lee of the island.  We dropped right on top of the fish, which rarely happens when halibut fishing.  It was non-stop action from 9:30- 2pm.  Our biggest fish was 50 lb but we had about 9 all in that same weight class.  In Seward, we call those fish: turkeys.  The peking order for halibut goes: flapper, chicken, rooster, turkey, hog and barn door.  No hogs or barn doors were landed but we had a blast filling the boat with healthy fat fish. 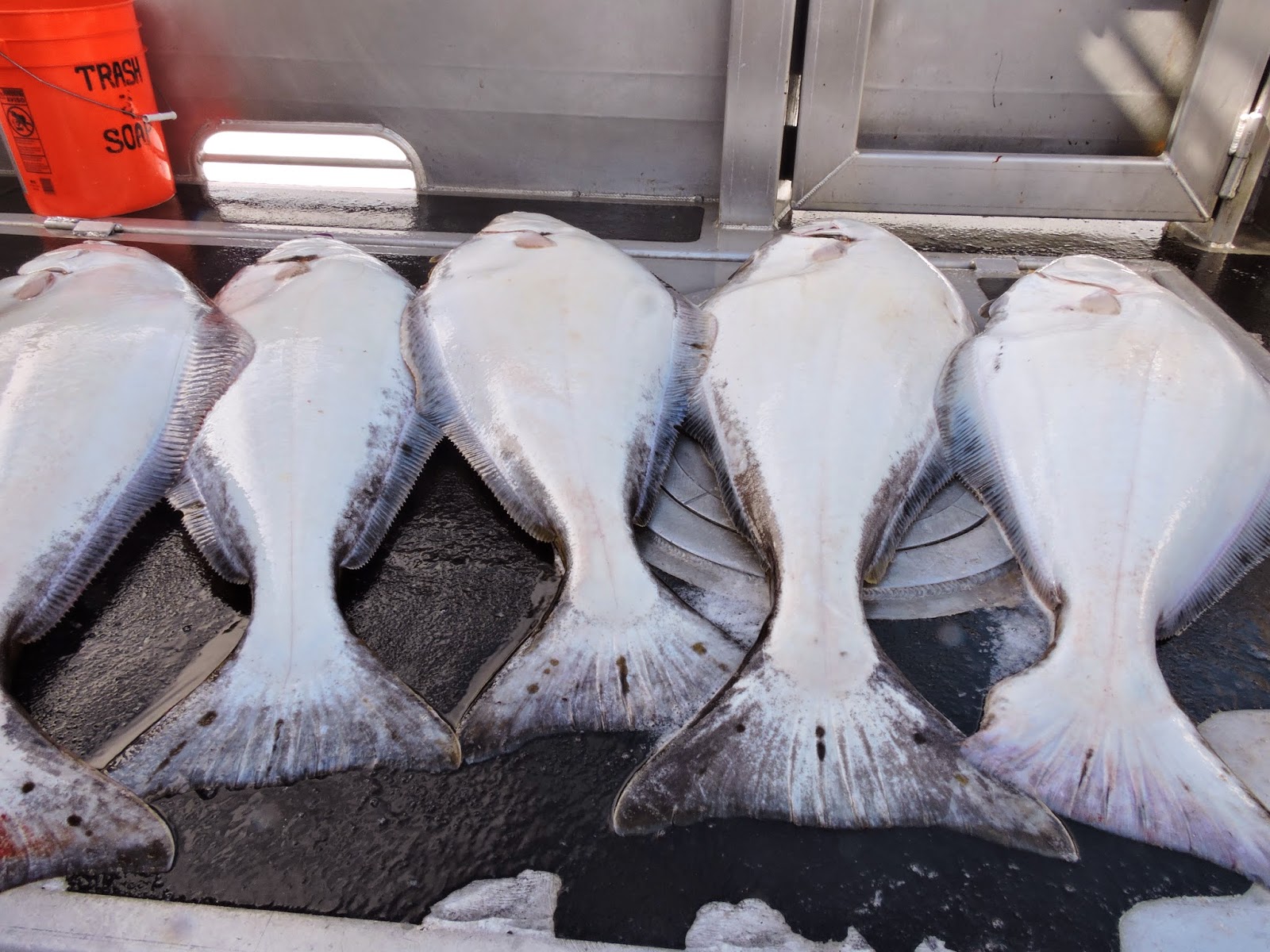 I had a salmon rod out to try and catch bait but was very surprised to reel in the first Wolf Eel that I’ve seen in at least 6 years.  It was about 6′ long and had really nasty teeth on him.  Wolf Eels are definitely something you don’t want to get bit by.  Great day of fishing but not so great weather.  Tomorrow’s forecast is similar to today’s but is supposed to come down to variable 10 knots of wind by late afternoon.  I would like to go back to the island but not sure if weather will permit it.  Catch you tomorrow. FISH ON! 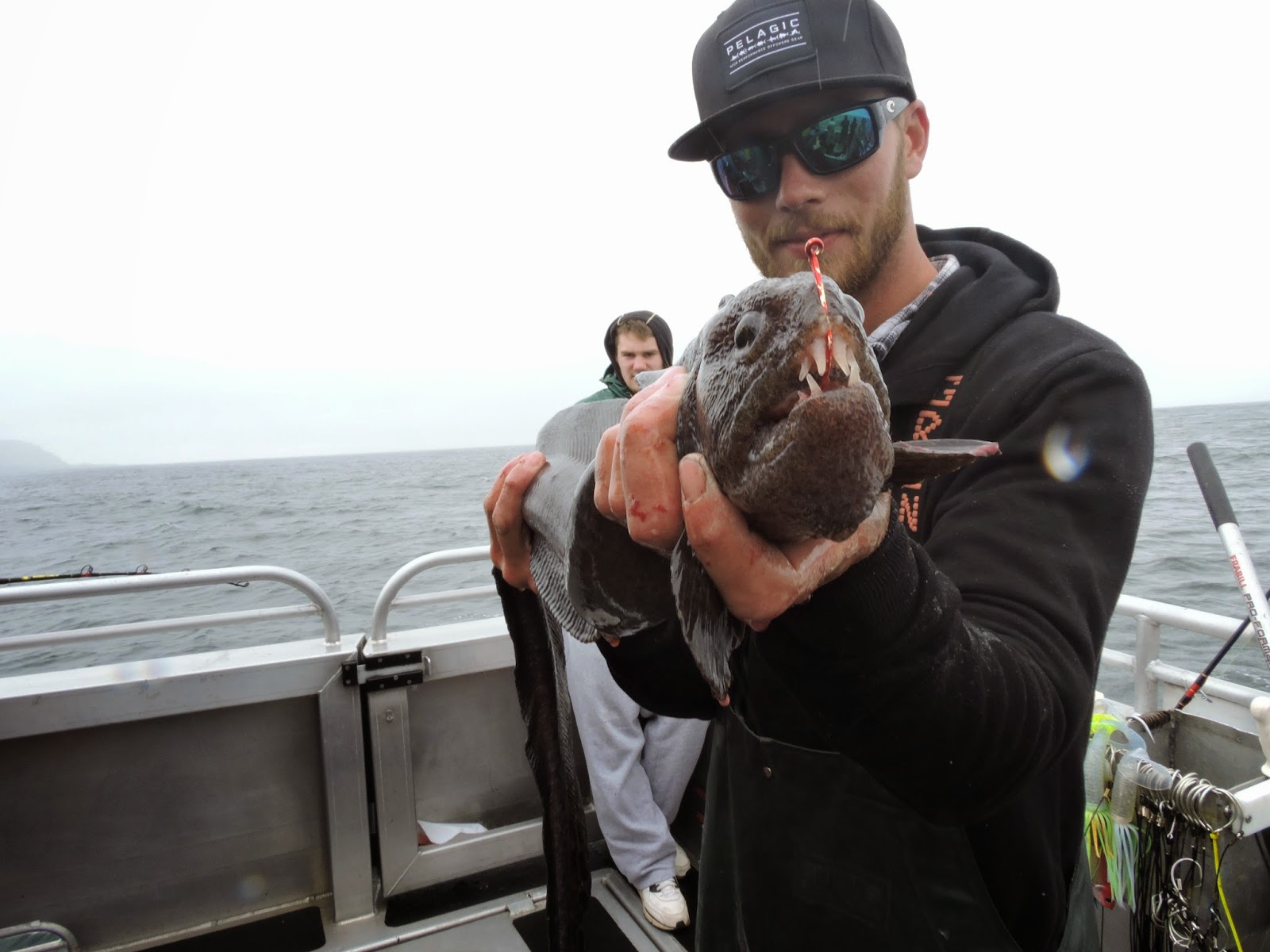