We ventured into the gulf on a full day Halibut trip, looking for some of size.  Our destination was Cape Clear on the southern tip of Montague.  It was a little rough getting out to the spot, the wind was blowing about 15 knots out of the NE and the swell was 3′-5′.  When we approached the shelf the wind came down a bit and the seas leveled out making for a nice sit on anchor.  We had a small incoming tide of only 3′ which can make fishing slow at times.  Halibut are predators that feed upon the tides and the more current the better. 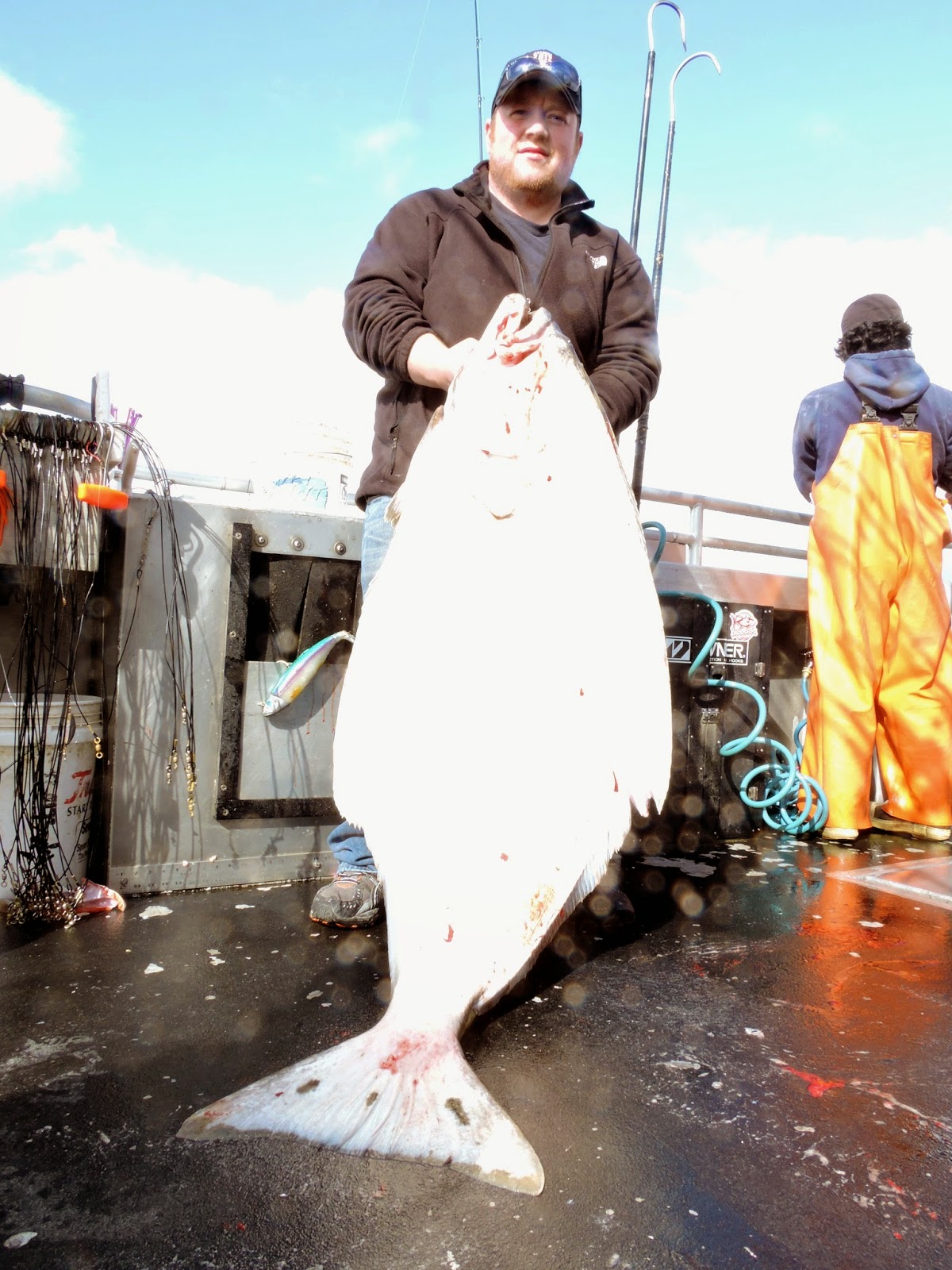 It was a slow start, showing up at slack tide but once we started to get a little current we hooked a few small Halibut.  One of the small Halibut was hooked on a jig and when it got the surface we could see a giant brown shadow underneath it.  A big Halibut had chased it all the way to the top trying to make a meal out of the chicken.  Once it saw the boat it ran down to the bottom but we knew we would soon see her again.  About five minutes later, the same person that hooked the chicken stuck that big fish with a jig.  it was a great fight, shaking its head and making huge runs.  Once it got the bullet and hit the deck we estimated it was about 105 pounds.  That was the only big fish of the day but we did manage to catch everyone Halibut by our third move.  Mixed into the batch were a ton of large Silver Salmon that were caught on salmon rods and also hooked on our Halibut rigs.

Another weather system is working its way into the gulf and is predicted to be in full swing by tomorrow night.  Hopefully we’ll have time to get to the Halibut tomorrow and back before the wind reaches the estimated 30 knots.  Wish us luck, FISH ON!