I wasn’t sure how this day was going to pan out as we pounded into northeast chop this morning on our way out to the fishing grounds.  When we arrived at our first destination the wind started to die down and blue skies appeared.  It’s been a while since we’ve had a break in the weather.

The bite was hot and heavy from the start.  Ed from Anchorage dropped one of our light weight rigs, literally, right on a 60lb halibut just three minutes into fishing.  Shortly after we landed his fish, voices calling, “fish on” started to ring around the boat.  It was a savage bite right at the end of the Ebb tide.  I was surprised to do so well because the area we were in is usually better on a flood.

The second fish of the day was landed by one of the only two people who did not buy derby tickets this morning!  We estimate the fish weighed around 155lbs, which would have been good enough for a 2nd place spot in the Seward halibut derby.  That ten bucks could of easily been turned into $2500.  Got to pay to play guys!  Nine of the fish landed at the first spot were all over 50lbs.  We sat for the tide switch but only caught a few chickens.  Later we moved to fill the boat with some halibut under 29″ which has once again proved itself to be the toughest part of the day.  29″ halibut are not an easy fish to catch, a majority of halibut in the Seward region are over 30″.  After a few moves, dragging anchor and an excess of sharks we were able to limit the boat by 4:30.

Ed with a nice Yelloweye Rockfish 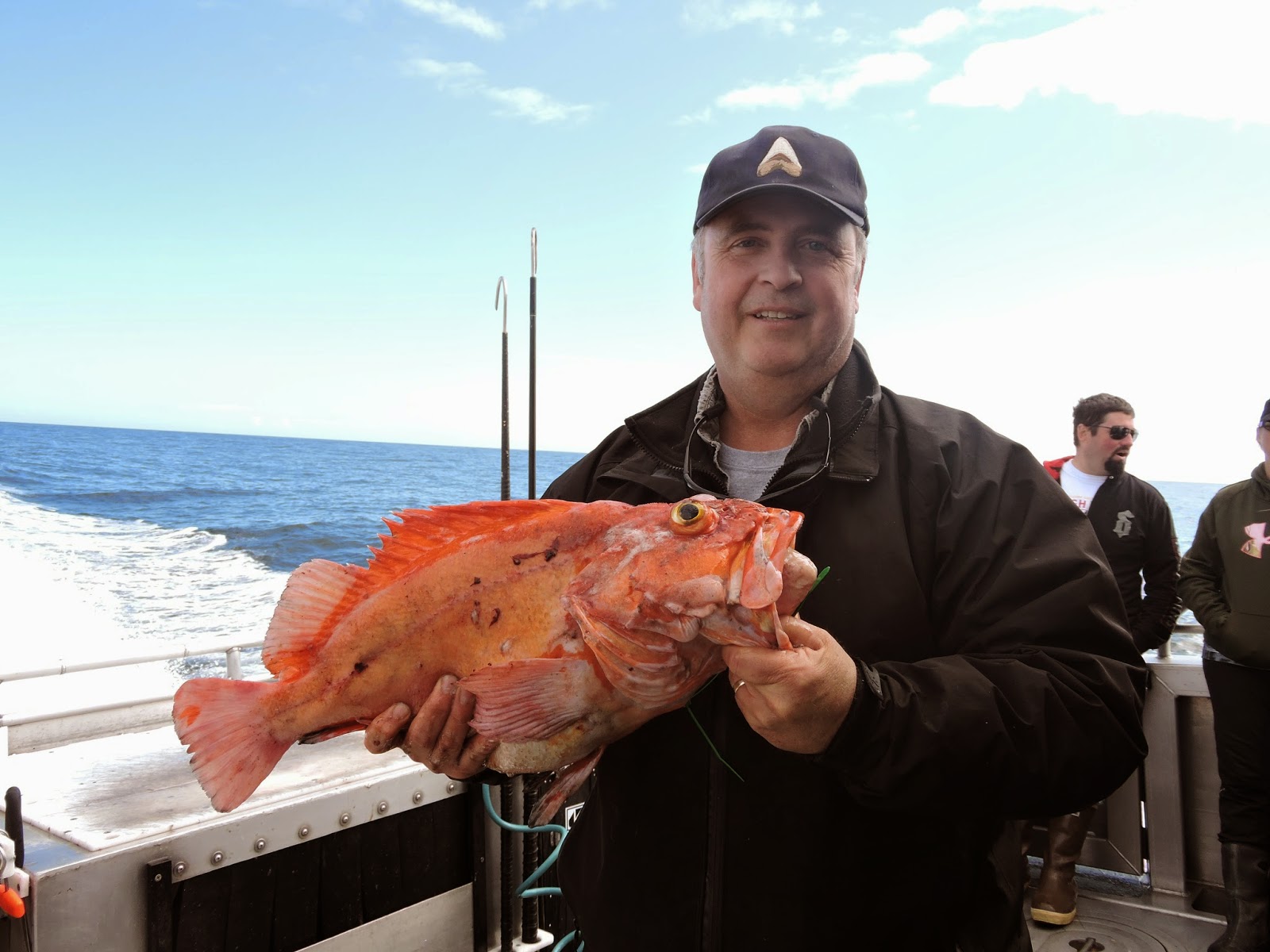 The stars were all aligned for the Sea Quest.  Great job everyone, today was one to remember.  Weather is looking like blue skies and flat seas for tomorrows trip.  FISH ON! 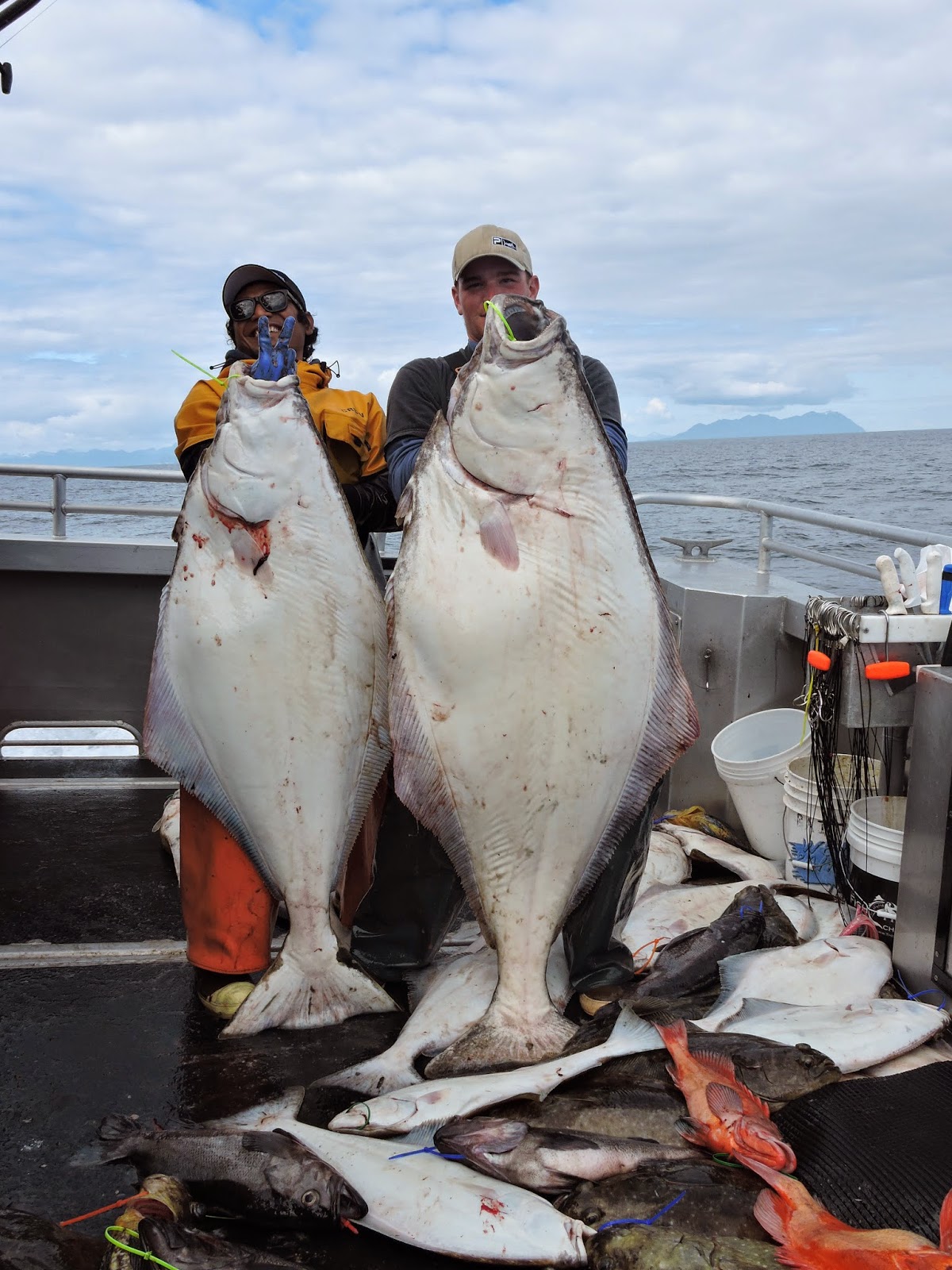