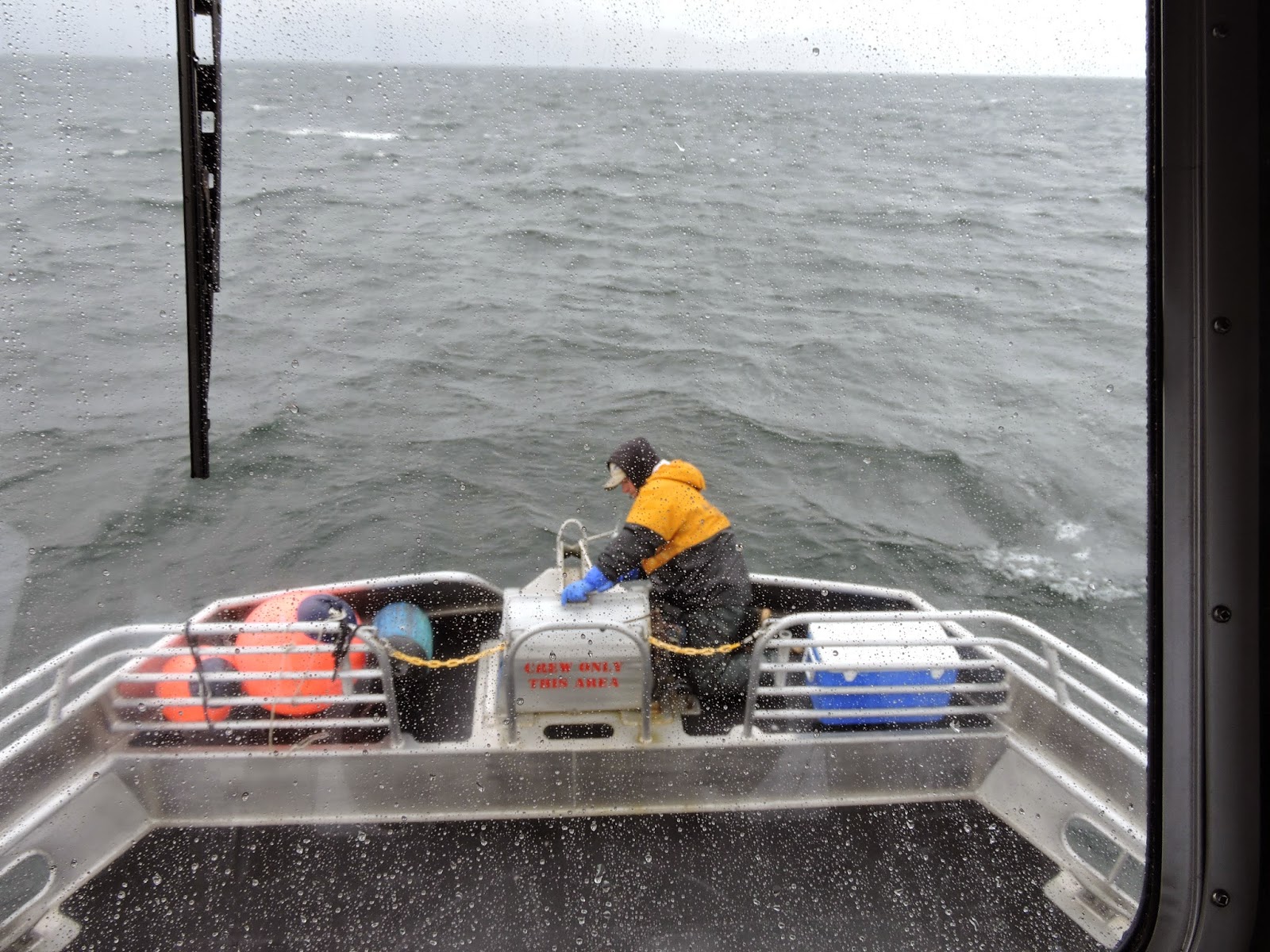 The ride out this morning was as predicted, NE 20 knots of wind and 5′ seas.  We beat through the waves and chop to one of the deeper spots inside Prince William Sound.  It didn’t take much time to get the halibut biting.  We were catching 25lb to 35lb halibut, however nobody on board was willing to keep any so I pulled the anchor and moved to a shallow spot to soak for some big ones.  I was always told to never leave fish to find fish but sometimes you have to roll the dice.  After two hours of soaking in the shallows we pulled a few out but only one of size, about 50lbs.

By 2pm our bite had died as well as the current.  I made a move to set up on the flats to catch the rest of our halibut.  By the time we arrived the tide had switched and we had a strong incoming tide that produced fish as soon as we dropped.  It didn’t take more than an hour to limit the boat.  You can see in the picture below that we pulled right on top of a large school of bait the halibut were feeding on. 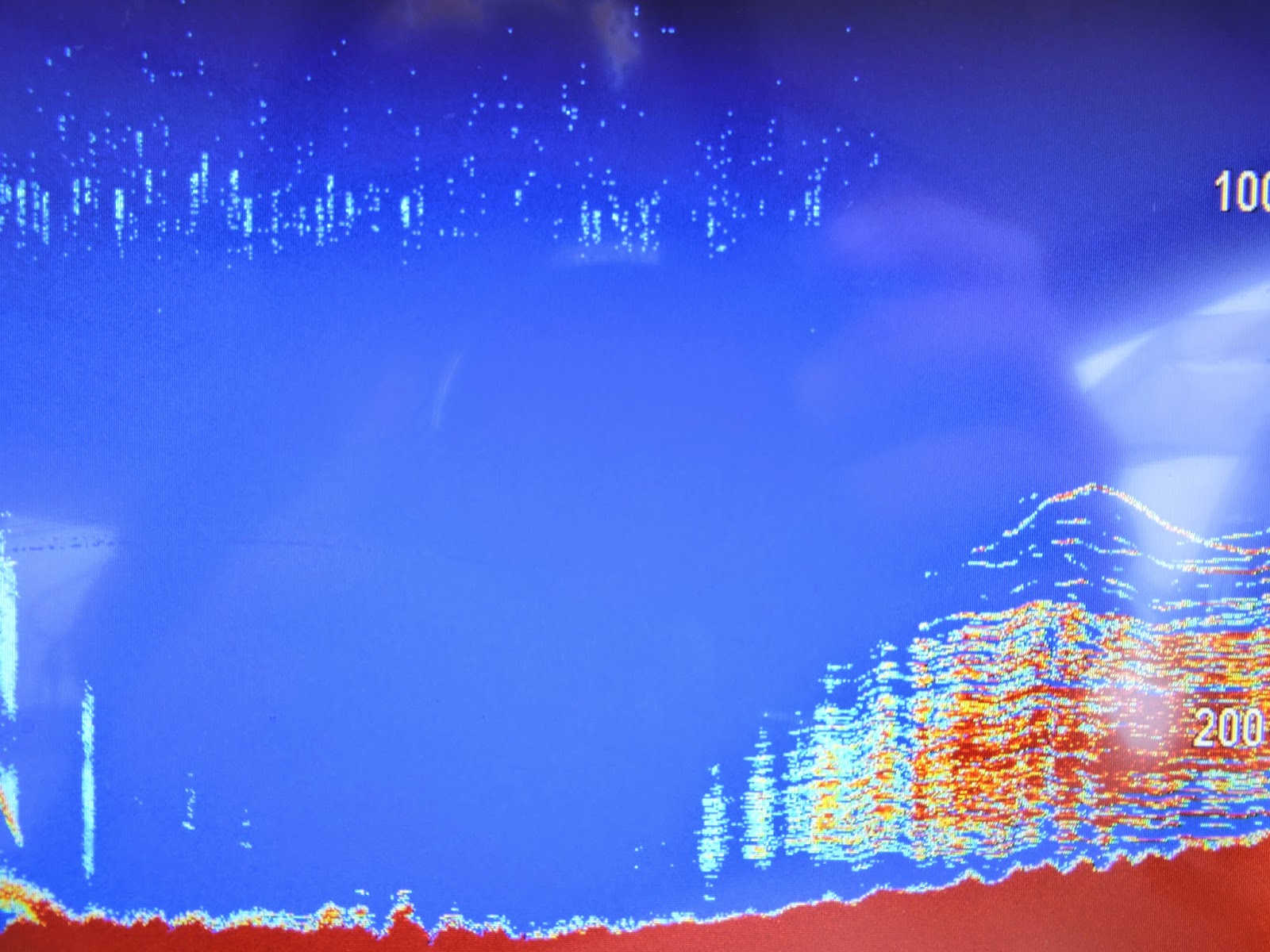 Mid way through the day the weather had switched around completely, the sun came out and so did the T shirts.  Alaska’s weather still continues to amaze me daily.

Next trip is Monday, check in for a report. FISH ON! 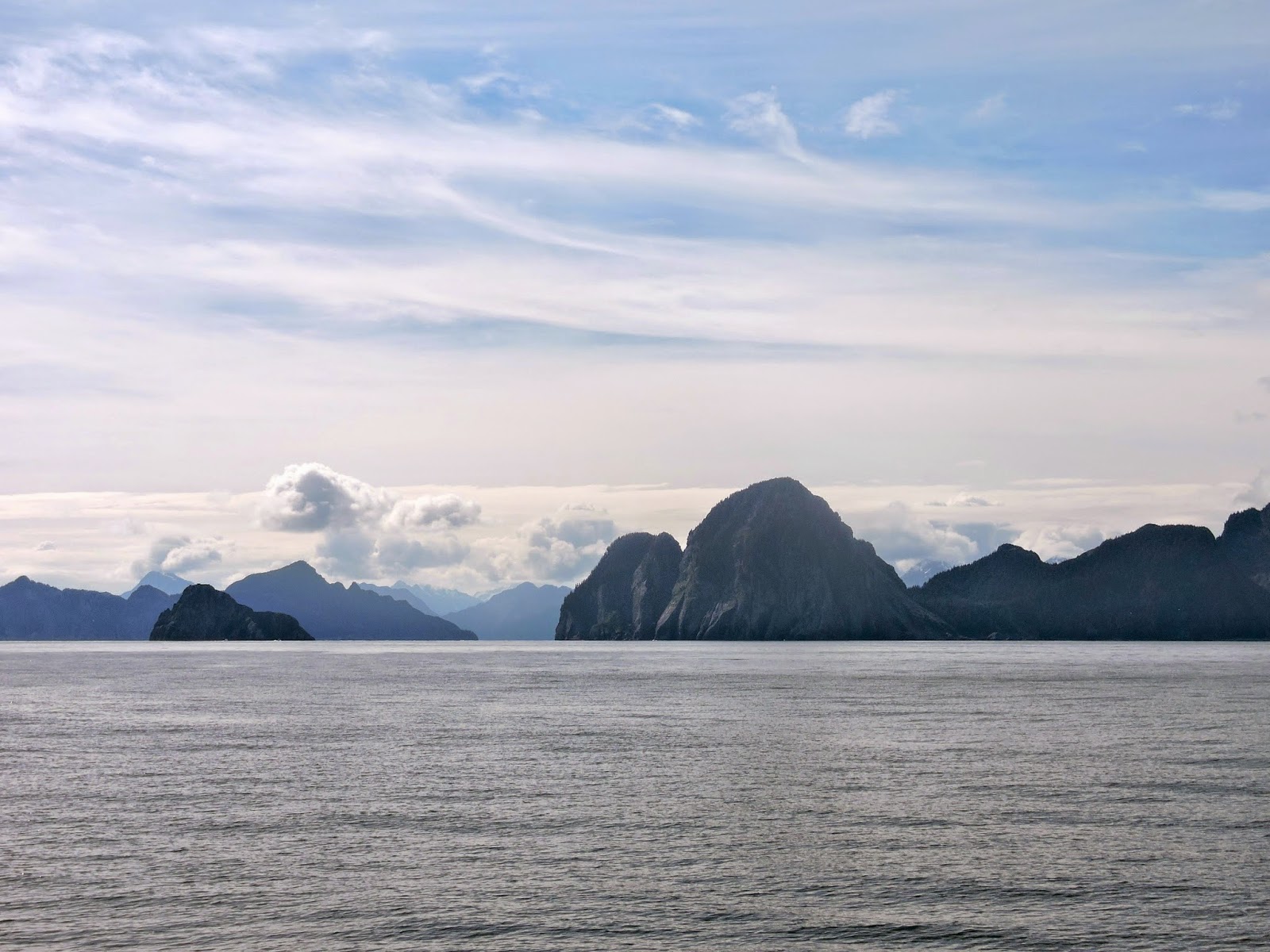