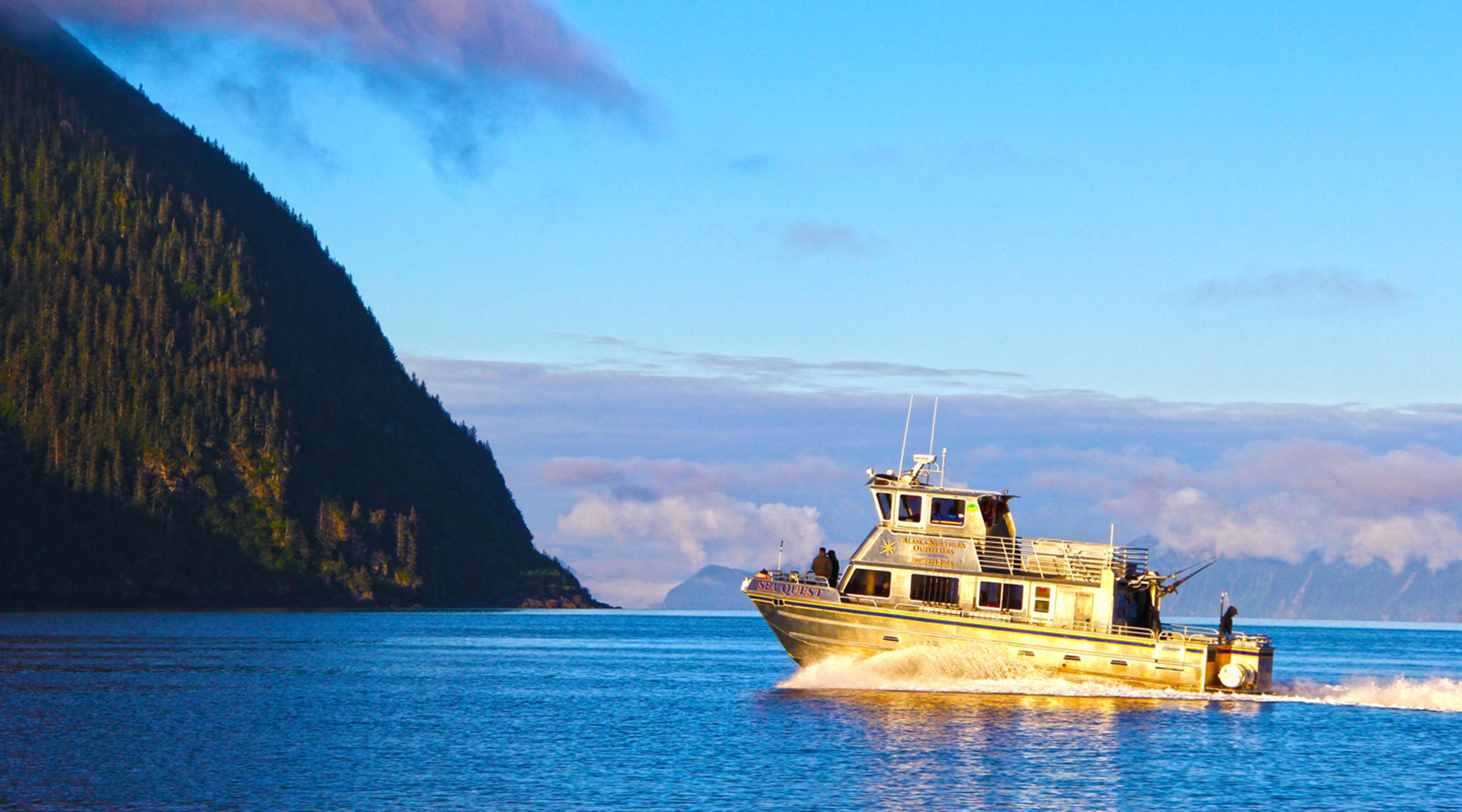 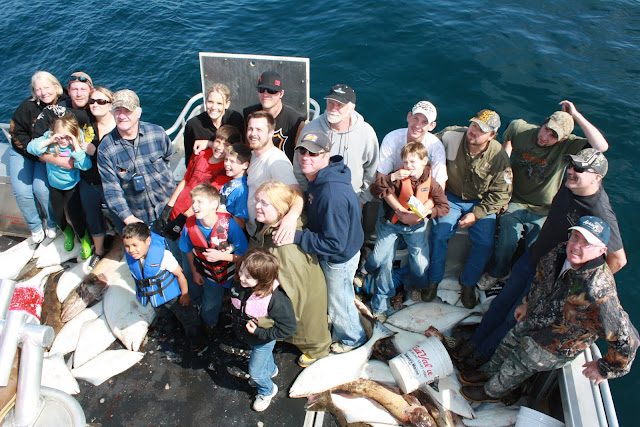 Sea Quest had an exclusive charter today, Bob and his family from Anchorage came down for a full day Halibut and Salmon combo trip.  We wanted to try our hand at some big fish so we soaked near Elrington Island for a few hours.  It was slow at first but we were constantly getting big takedowns on the salmon carcasses.  We changed out the salmon heads for fresh ones every 10-15 minutes and as soon as they would hit the bottom, a fish would grab but seemed to miss the hook every time.  It was a very frustrating morning because we knew the fish were down there but we could not get a good hook set in them.  We ended up with 9 good fish out of that first spot.  We later moved off shore to limit the boat out on some medium sized halibut.  Within an hour the boat was limited with 44 halibut so it was then time to pursue some silvers.  We arrived and the weather was a bit windy when trying to set our anchor in a particular spot.  We drug anchor the first attempt but reset right on top of a school of salmon.  We dropped lines and immediately “fish on,” the next hour and a half was madness, with salmon hitting the deck non-stop.

Bob and his family have been fishing with me since 2006 and they are always a blast to have on the boat.  They were also the first charter to clean the whole inside of the boat on the way in…Thanks guys!  FISH ON!!!