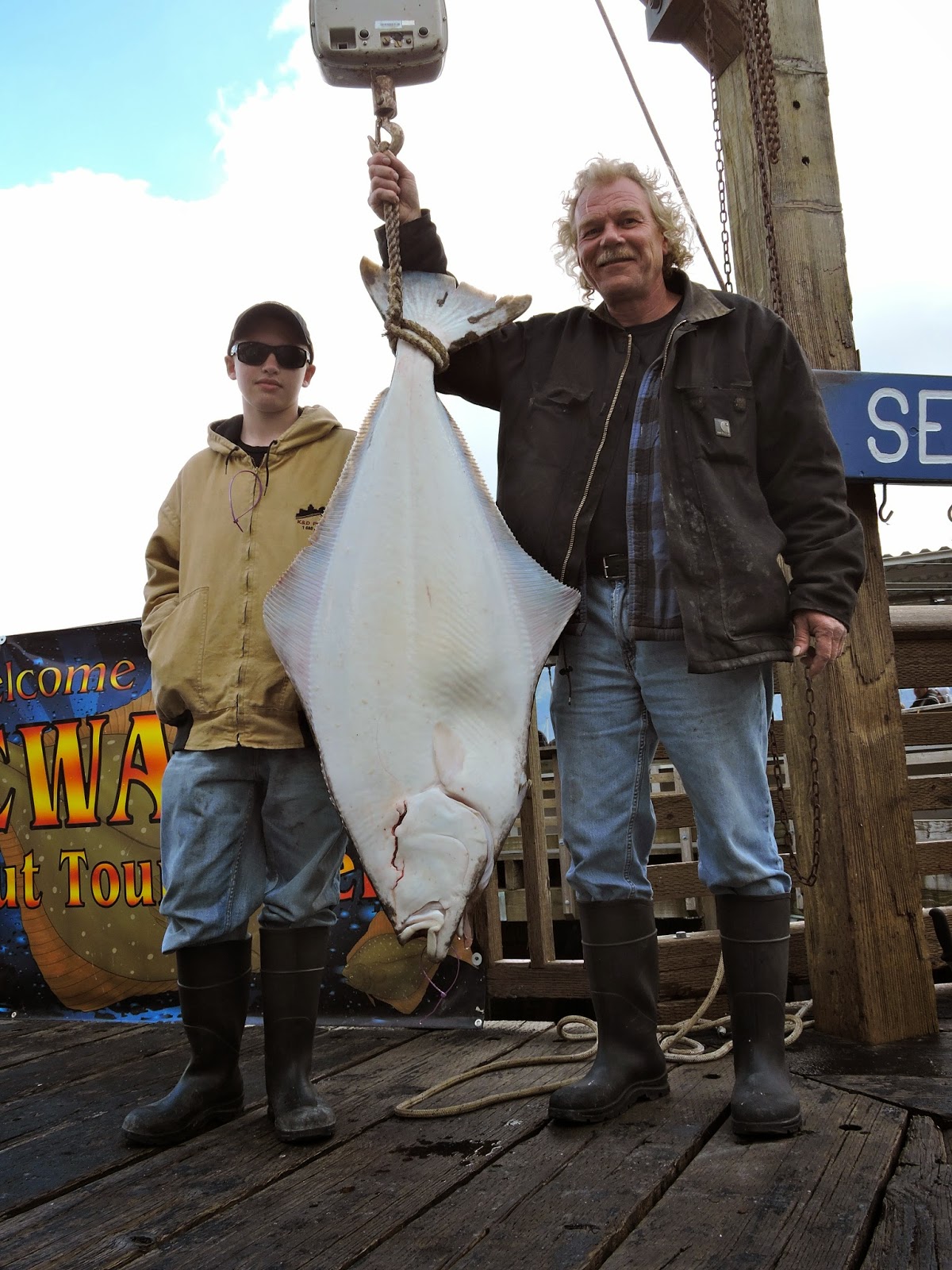 A weather system blew into the north gulf coast yesterday producing winds upward of 30 knots and 8′ seas.  The morning report showed that the wind would be coming down by this afternoon to 20 knots of northeast and a 5′ sea state.  Many boats cancelled their charters this morning due to conditions but a few boats in the fleet decided to give it a shot.

We left the bay and though the water was rough it was still fishable.  We steamed out making between 15 and 18 knots, dropping off the occasional 8′ wave face.  We fished at a rock pile about half way out to our normal fishing grounds.  The bite was slow but we managed to pull of a few nice halibut.

The wind never seemed to let up, so our hopes of making it out to the more productive fishery was lost.  At about 12pm we moved to a different ledge in an attempt to limit the boat.  Everyone caught a limit of halibut and a few non-pelagic rockfish buy 3:30.  I’m glad we chose to go out today, we had a great time and the although the weather was a little rough, it was much better fishing than what what was expected.  Not many boats went out making our chances of winning the daily derby prize pretty good.  Our 47lb halibut won our client Dave and his grandson Matthew the daily derby prize, way to go!

Our next trip is on the 10th and we are looking forward to some big tides and clear skies.  FISH ON!