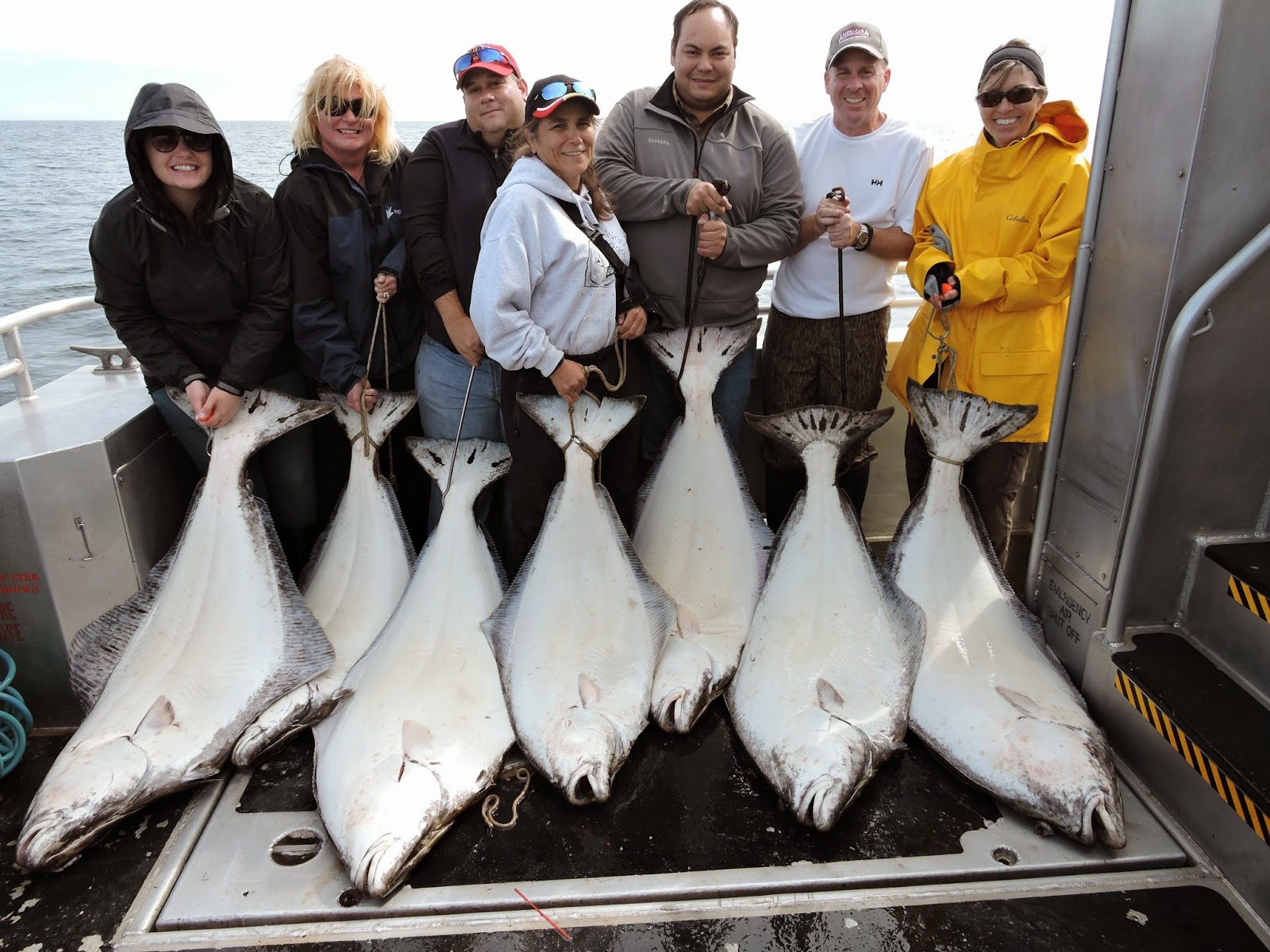 Another amazing day of fishing on the M/V Sea Quest.  The seas from yesterday’s 30 knots of wind had calmed down and the water was flat calm.  We dropped our lines in around 9:30 and the incoming tide had started to flow into Prince William Sound.  The boat was sitting backwards because of the lack of surface current.  It was slow this morning as predicted, and it wasn’t until 11:30 that we started to see our first Halibut bites.  We missed the first few nibbles then re-set the anchor to position ourselves better behind the rock piles.  As soon as the surface current spun us the Halibut started to show in size and numbers.  We caught a big White King Salmon that took us all by surprise especially because it turned out to be a white King (white meat).  We had multiple double hookups with big fish and each of them peeled line and ran all over under the boat.  It was a bit hectic on deck and despite all the craziness we only lost one out of the twelve big ones we caught.  All together 12 big halibut were landed, four of which were over 100lbs, three over 80lbs and  another five over 50lbs.  One of the big fish peeled out line all the way past the boat and wrapped itself around the anchor line.  We somehow got it untangled and landed the fish after about a 10 minute fight.  It was the last fish landed at the hog hole and weighed around 125lbs. 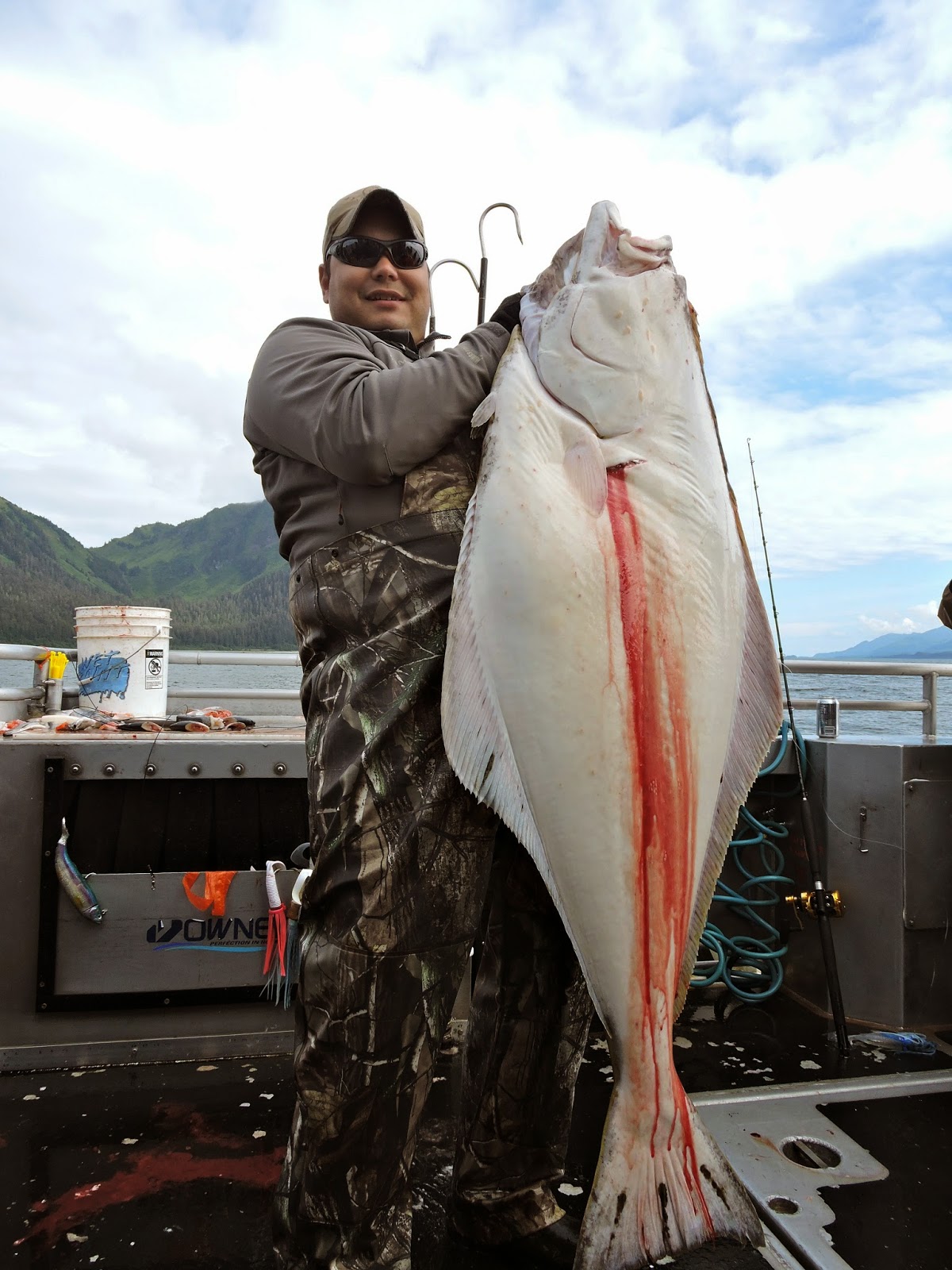 The fish box was overflowing with hog Halibut at 1:45 so we slid out to the deep to catch some chickens.  There were large schools of bait all over the bottom and we dropped the anchor right in front of it and slid back.  Instantly, we were catching Halibut but the current was extremely strong with the 12′ tides, and every line that came up with a fish was tangled with at least two other lines.  We lost a ton of gear in that spot and it was unmanageable, so we left those biting.  We moved a few miles away to try and get out of the strong current.  At the second spot the tide was still strong but a little easier to fish.  We were catching Halibut left and right but had trouble getting into the under 29″ ones.  We left without a limit but enough meat at this point than needed so we hit the barn.

Spectacular day all together, the fishing was great and the sun was beating down on us all afternoon.  It looks like the weather will hold out for us this week.  NOAA Weather prediction is looking good for the next few days.  Hopefully the fishing will remain awesome as well.  FISH ON! 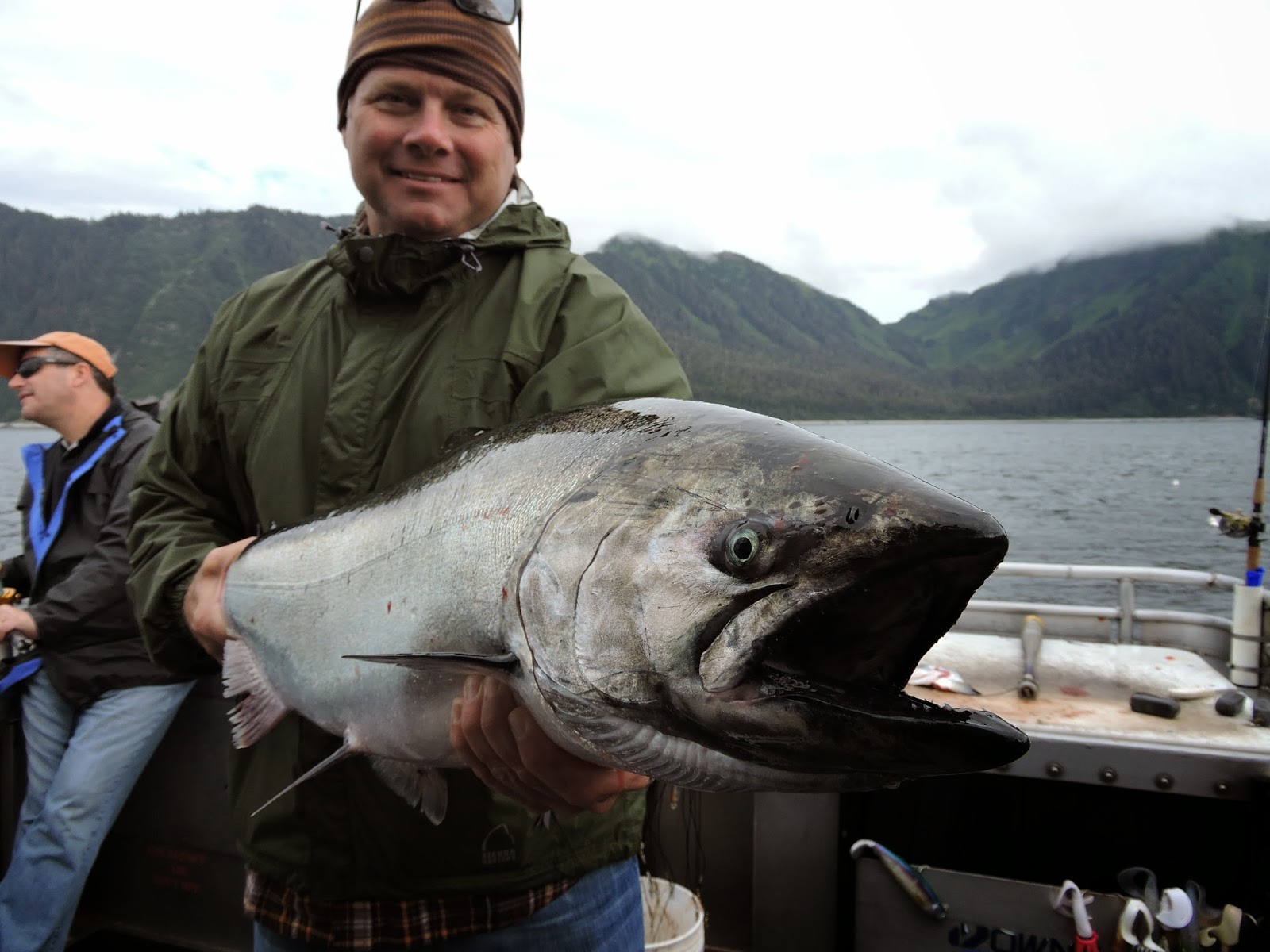 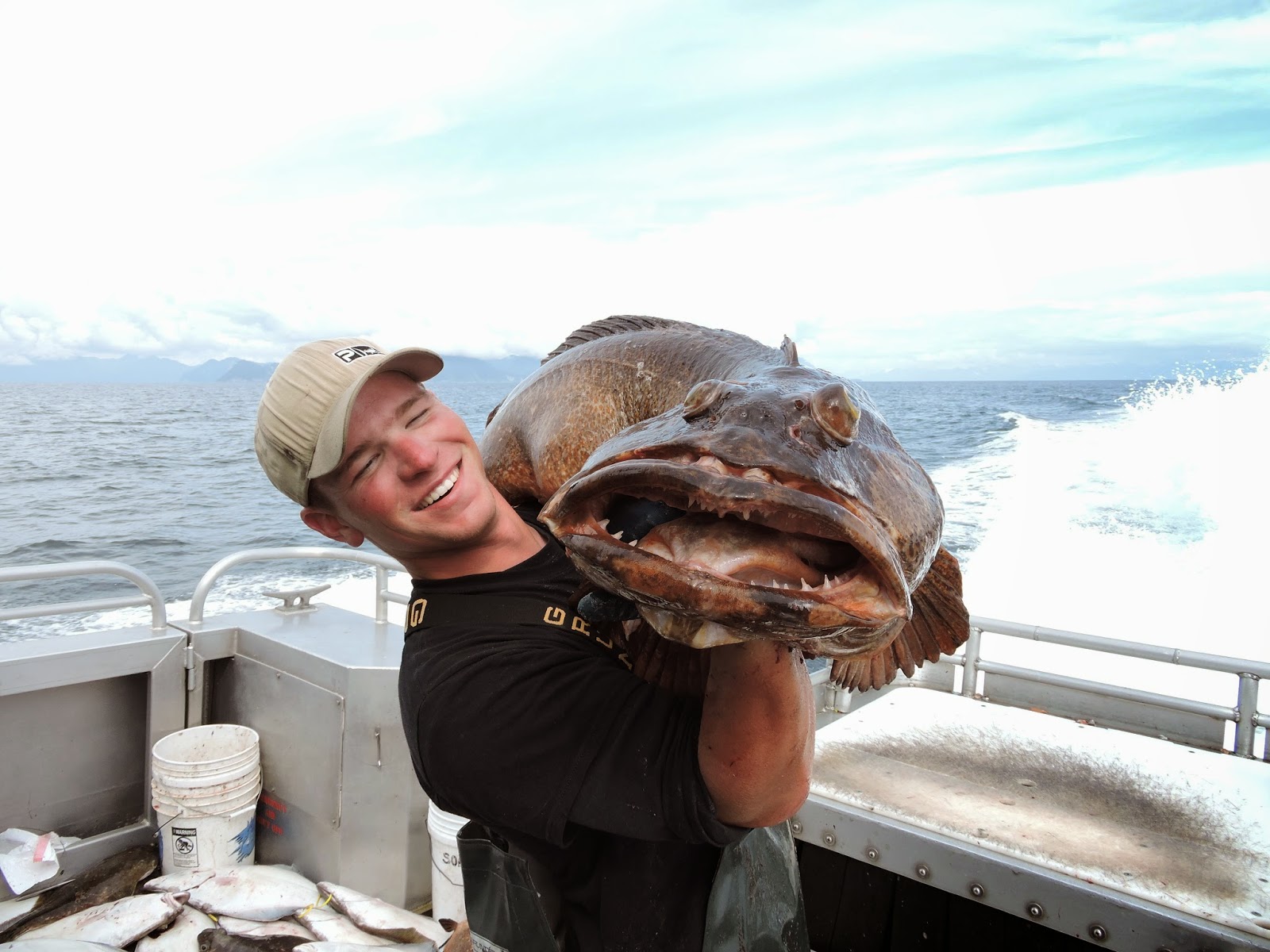 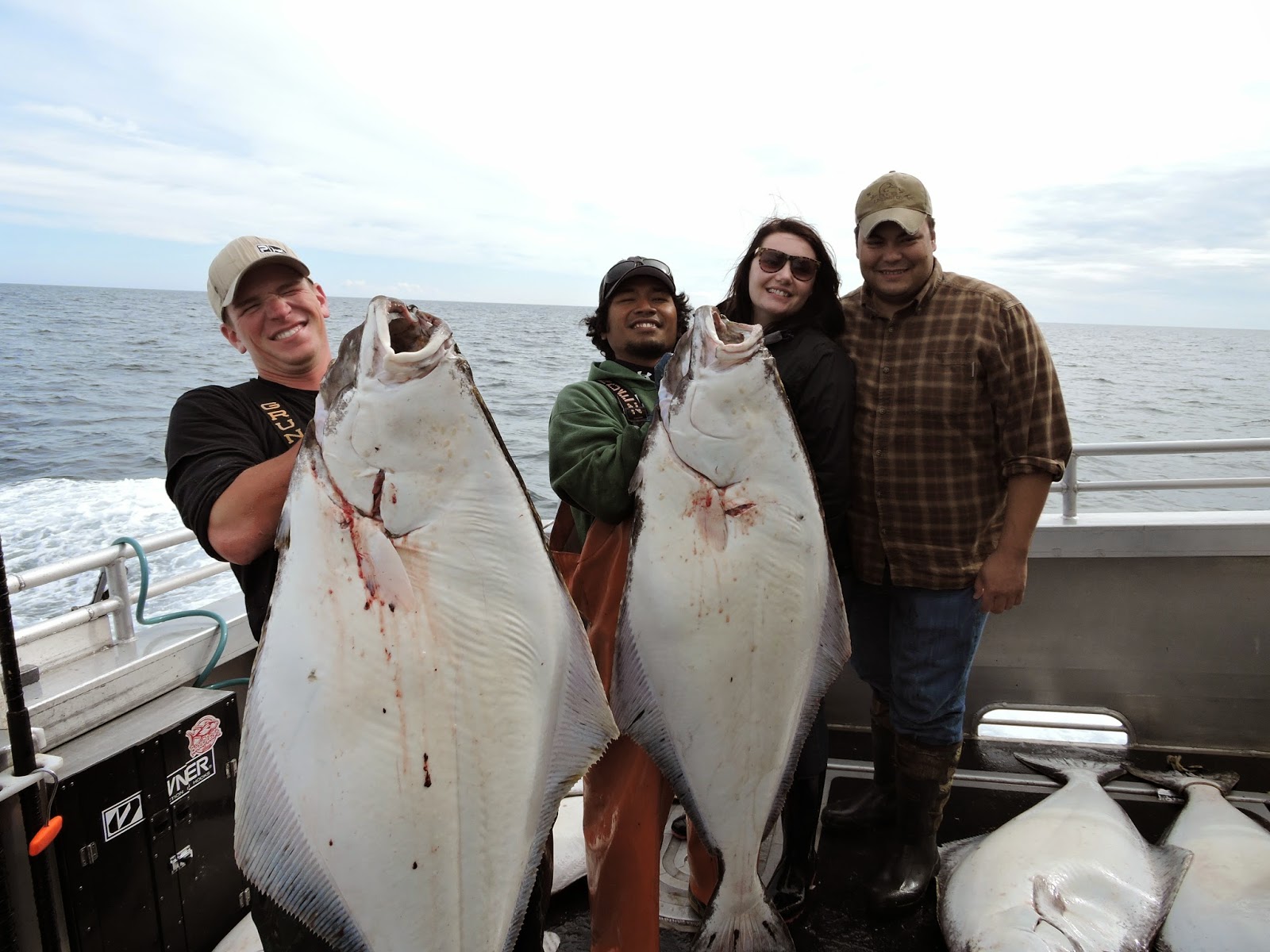