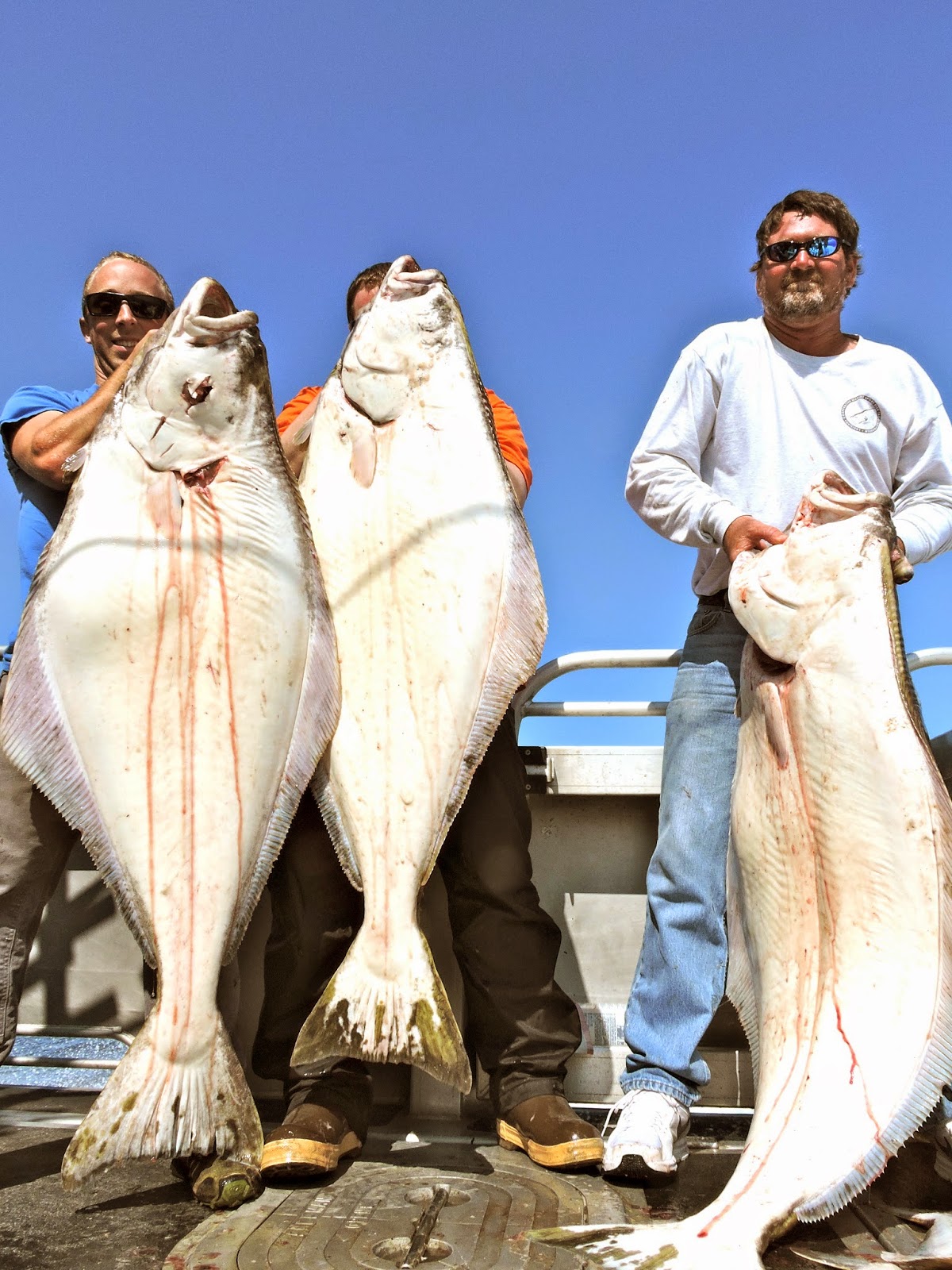 Our private trip decided to make their charter a full day Halibut trip emphasizing on large Halibut.  I punched in Montague Island into the GPS and we were on our way.  We expected the weather to be uncooperative but leaving the bay it seemed to only get nicer.  The Sea Quest reached the Island at 9:30 and we dropped our lines at the beginning of the outgoing tide.  The current started to pick up around 10:30 and at that point we had only landed 1 fish at 30lbs.  The spot wasn’t looking promising so I made a 15 minute call before our next move.  Just as one of the clients said “sometimes you have to threaten to leave them,” a big halibut struck the 8 oz jig, hard.  It was a battle up to the top tangling lines but we finally landed the 80lb Halibut.  After that the bite got hot.  We were very busy on deck flinging fish after fish over the rail between 30lbs and 100lbs. At 1:30 we reached a limit of our “over 29″ Halibut” and moved to a spot just a few miles out.  This area is known for smaller fish.  There were a few boats finishing off their day when we arrived so it looked like a sure bet.  Most of the boats were leaving because they were infested by Spiny Dogfish (sand sharks).  It seemed to be a five to one ratio of sharks to Halibut, so we pulled the anchor and tried drifting.  The Halibut will usually bite during the drift but the sharks will not congregate under the boat.  It worked out and we only left 2 fish shy of our limit. 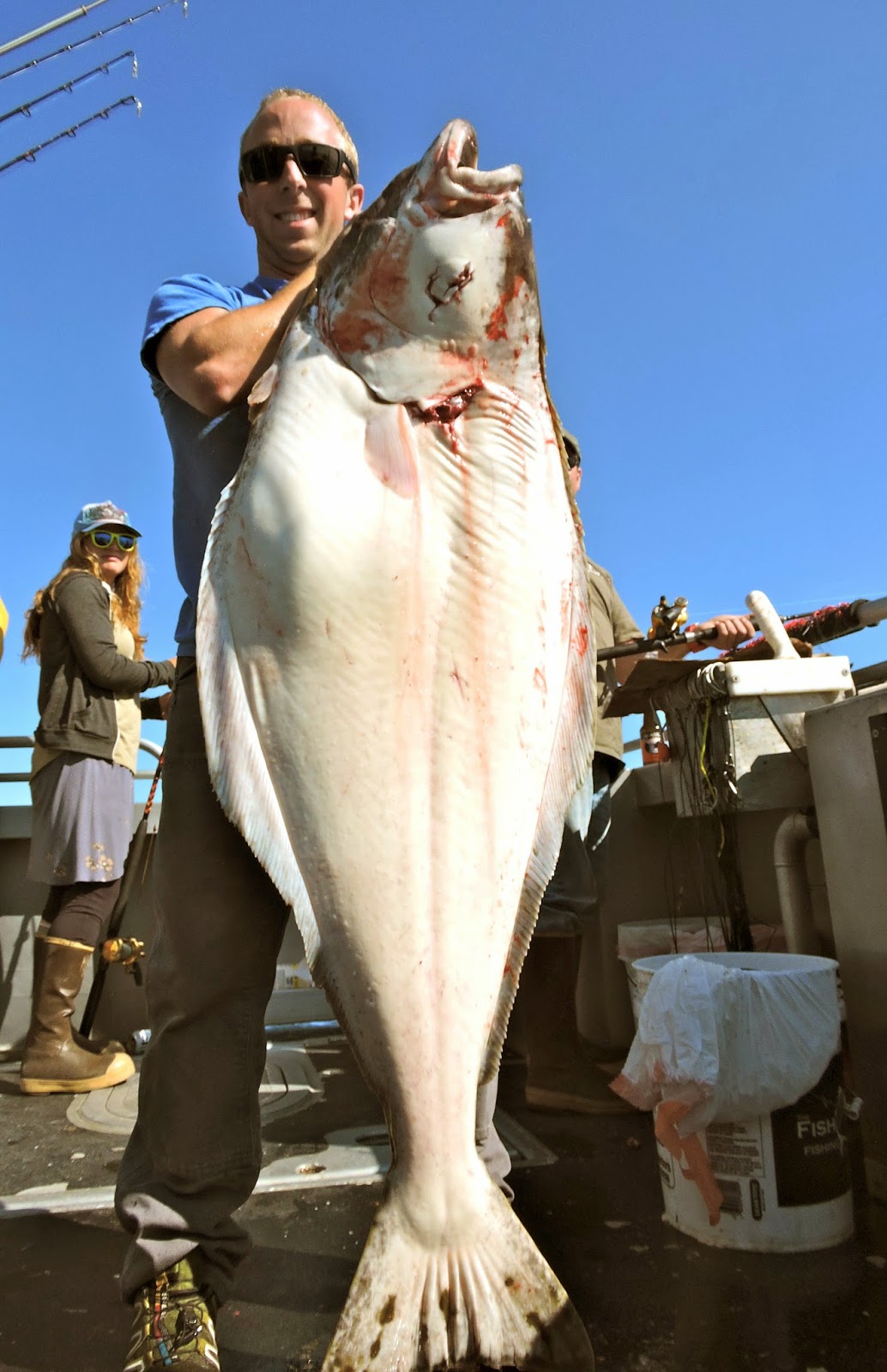 Weather report for tomorrow predicts SW 20 knots of wind and 5′ seas.  Weatherman was wrong about today and hopefully tomorrow will be the same outcome.  Halibut/ Salmon combo trip tomorrow…Let’s get ’em   FISH ON! 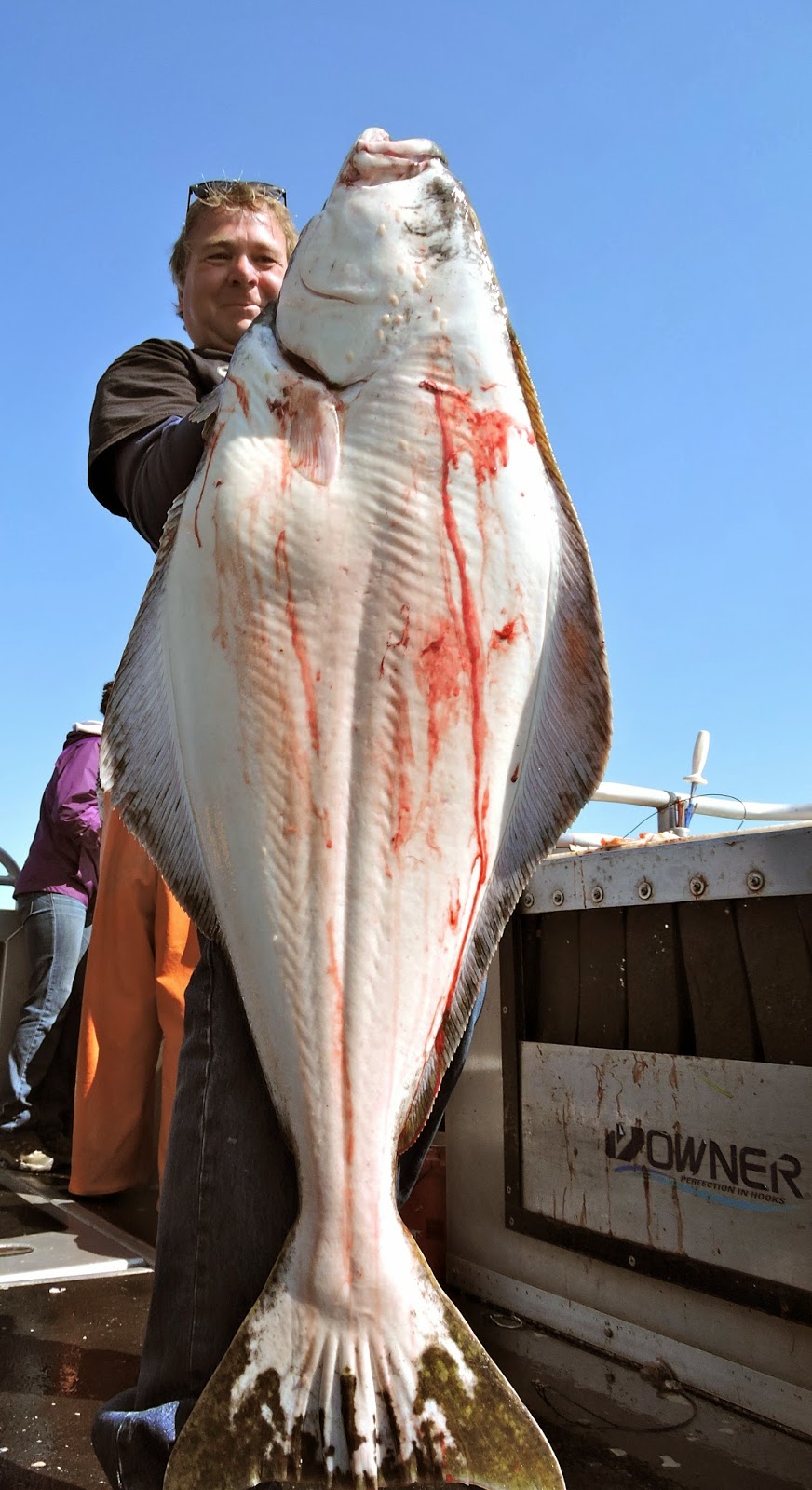