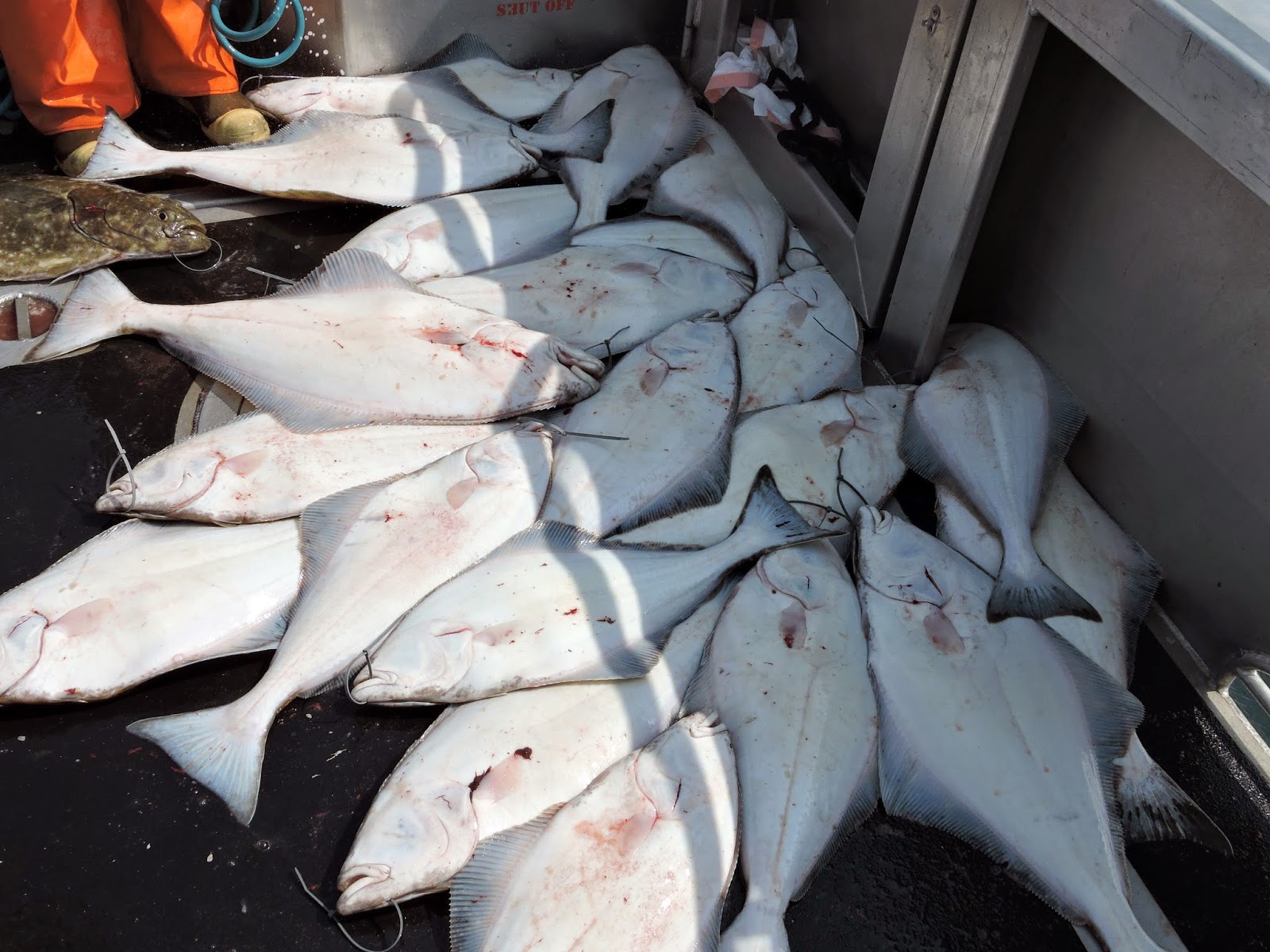 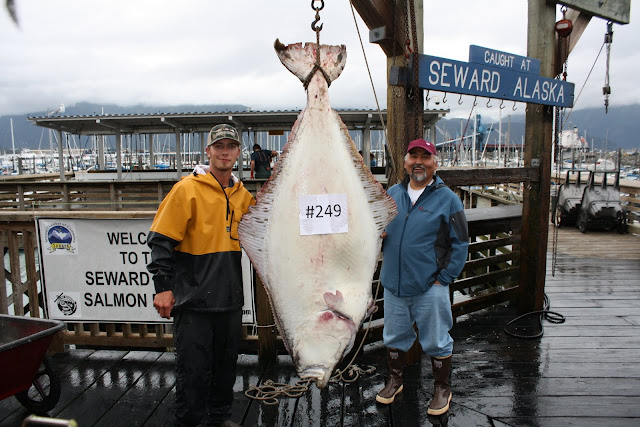 Today we had the pleasure of taking out ASRC of Alaska.  The group was composed of whaling captains from up north and some of the best true hunters of Alaska.  We had an ideal tide for targeting some big halibut.  We showed up on slack tide and within the first half hour of the incoming tide, we had already had a few big take downs.  I could hear the drag screaming on the bow, I ran up the side of the boat to see what all the commotion was.  The rod was doubled over and cracked right in half, Rex and the deckhand had to hand line the fish all the way in while the fish ran back and forth tangling lines for 15 minutes.  I wasn’t sure as to how big this fish was until it finally appeared about 20′ down.  It was bigger than we thought, I ran upstairs to grab the shotgun while Sam was frantically tying the harpoon shaft to the buoy.  Sam barley stuck the harpoon all the way through the fish but we were able to get a shot off before her last big dash to the bottom.  After pulling her in we were blown away at how big this fish really was.  My guess was 235lbs because she was extremely wide and thick for her length.  We caught 5 nice fish at our first spot, with another halibut weighing in at 100lbs. 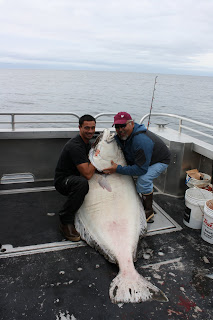 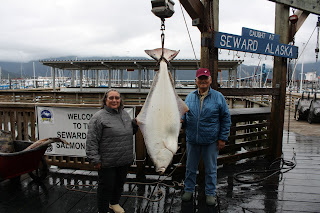 We had some big fish and it was now time to fill the boat with some good eaters.  We dropped anchor on top of a rock pile in 220′ water.  The current was running strong but the bite was hot. The boat had reached a limit of halibut by 2:30 with 36.  We still had enough time to target a few silver salmon, although we were picking up silvers at the halibut grounds the bite was not fast enough to limit.  We moved 50 minutes to a spot a little closer to home near the mouth of a river.  We dropped the anchor in 56′ of water and immediately started hooking up with silvers.  We landed 43 silvers in an hour, but unfortunately had to leave them biting because it was getting late.  After hitting the docks and weighing the hog, my assumption was close as it turned out to be 249lbs.

We had a great day fishing with you guys, great job with the big fish Rex, it was the largest halibut of the season for us.  FISH ON!!!