Combat Tournament- Off To A Good Start

Here we go! 2014 Seward fishing season has begun.  We were honored to once again take out a great group of armed servicemen.  The weather was definitely in our favor with variable winds and flat seas. Lets hope our season continues on this weather pattern.  We’ve been having record temperatures in the 70’s and the fish and bait seem to be plentiful.

We tried for the big one but only had one large takedown on a jig at our first fishing location.  We fished the outgoing tide hoping for a tournament winner but time was not on our side, having to be back at the dock by 4pm.  We called off the hog hunting early and headed for the bio-mass.  By 12pm we were able to create a feeding frenzy at one of our hotspots.  Although nothing over 25lbs, the fish were all very healthy and aggressive for this time of year. 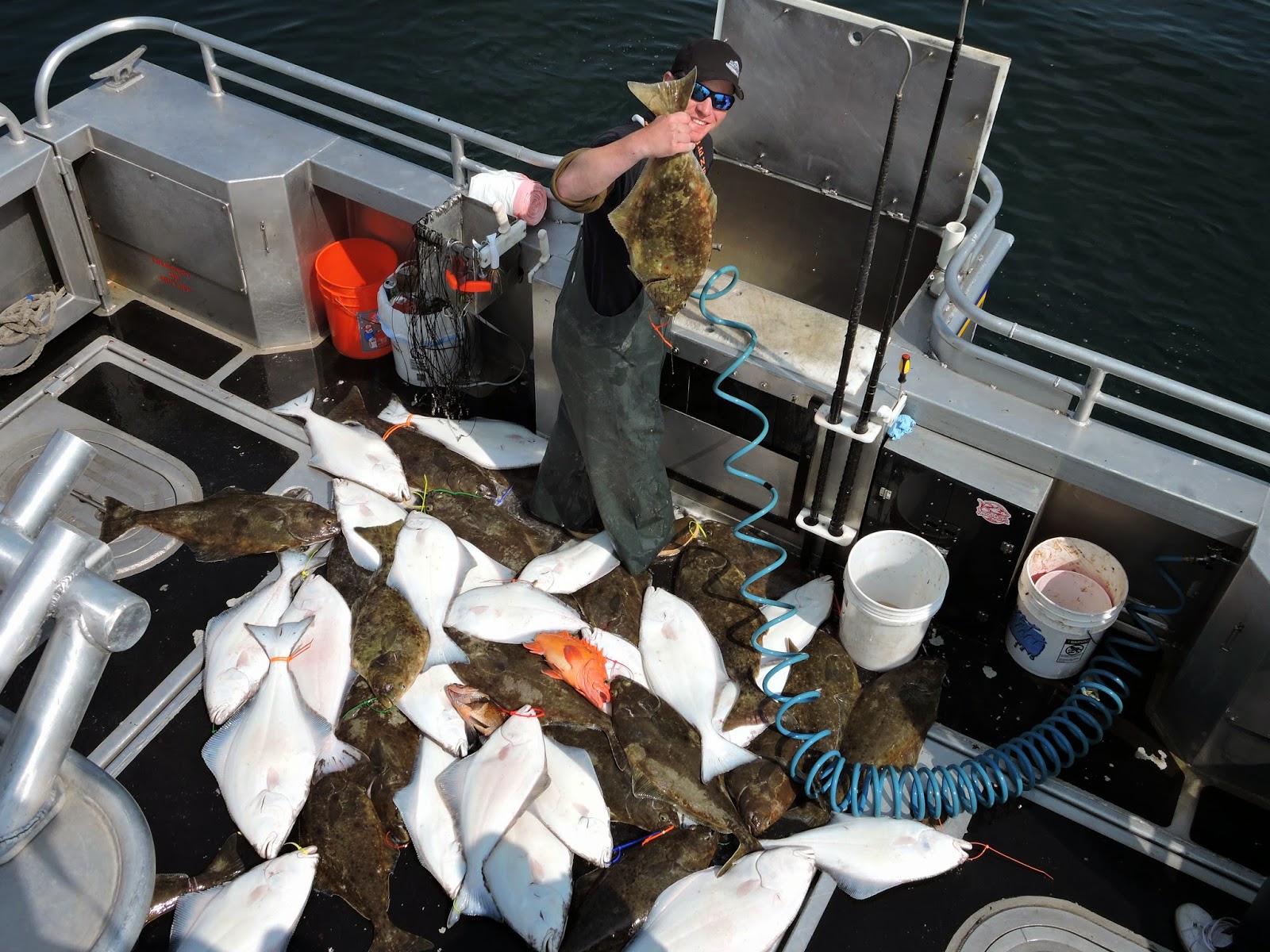 We had a limit of 38 halibut by 1:45 which left us some time to do a bit of whale watching on the way home.  We found a large pod of Humpback whales alone the coast about 6 miles off shore.  They put on a magnificent show for the boat for a good 25 minutes. 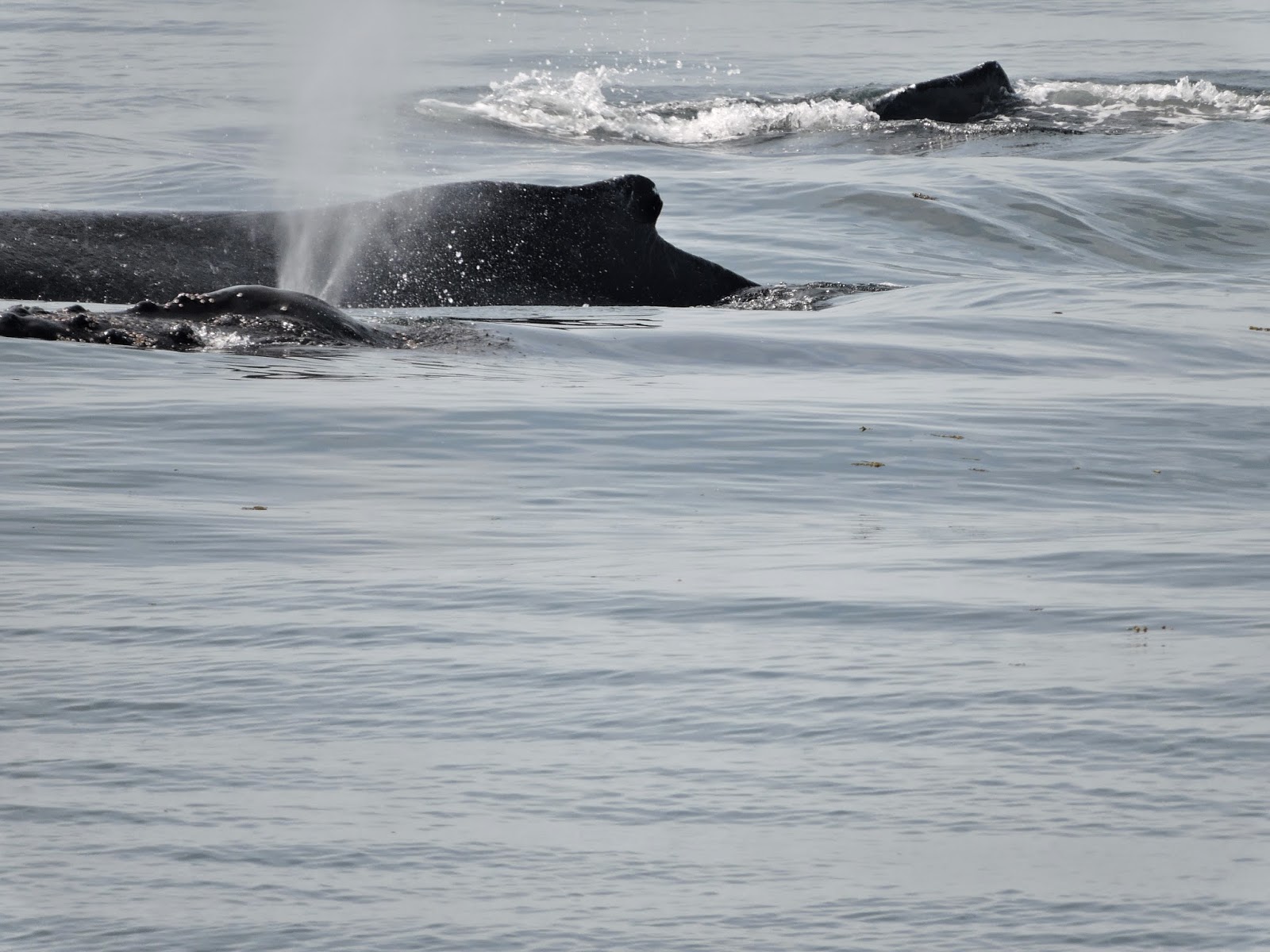 Next trip is tomorrow, we will be heading to Montague island on a full day halibut trip.  Hopefully we can find some big flatties.  Check in tomorrow night for an update! FISH ON 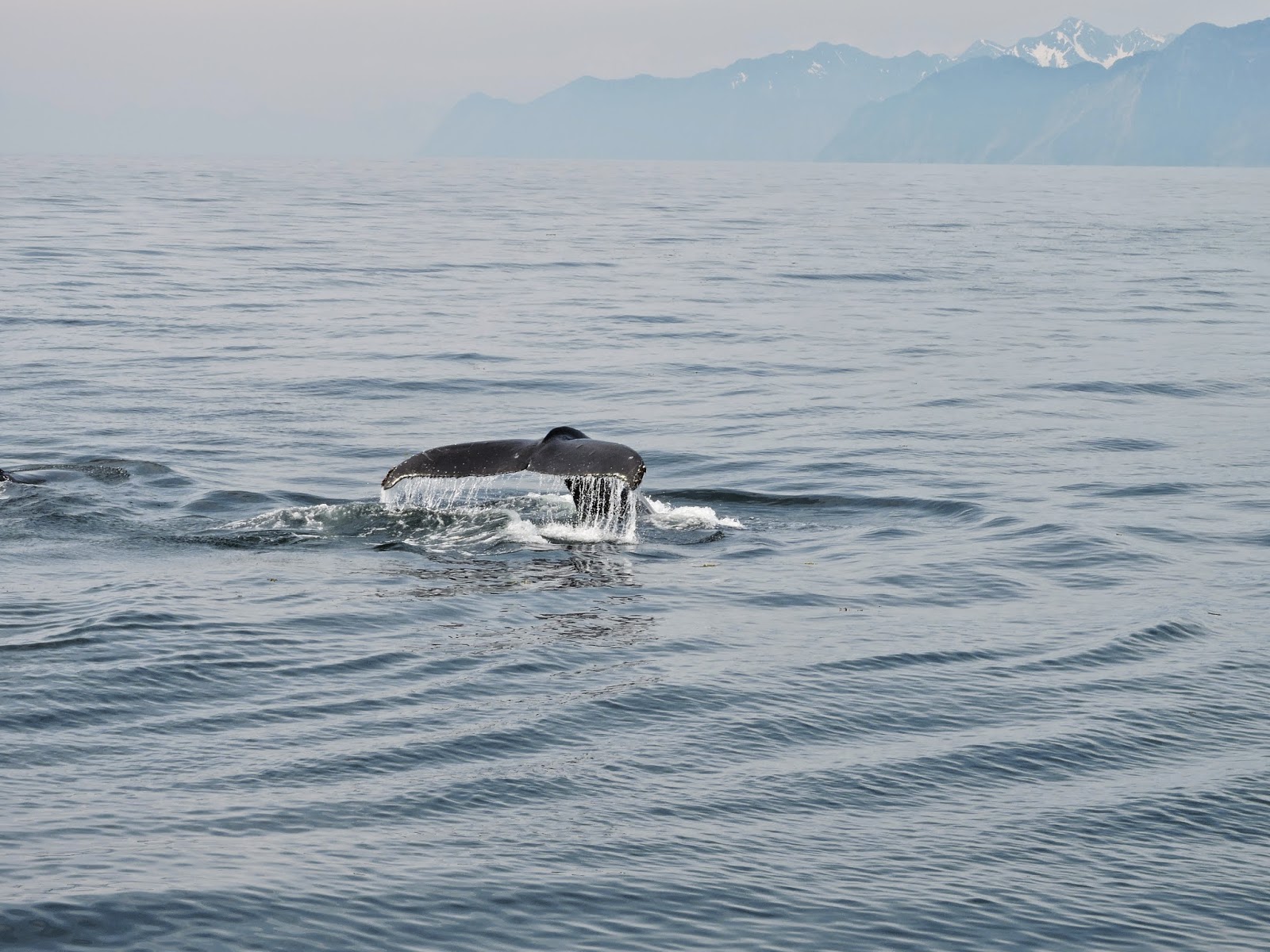