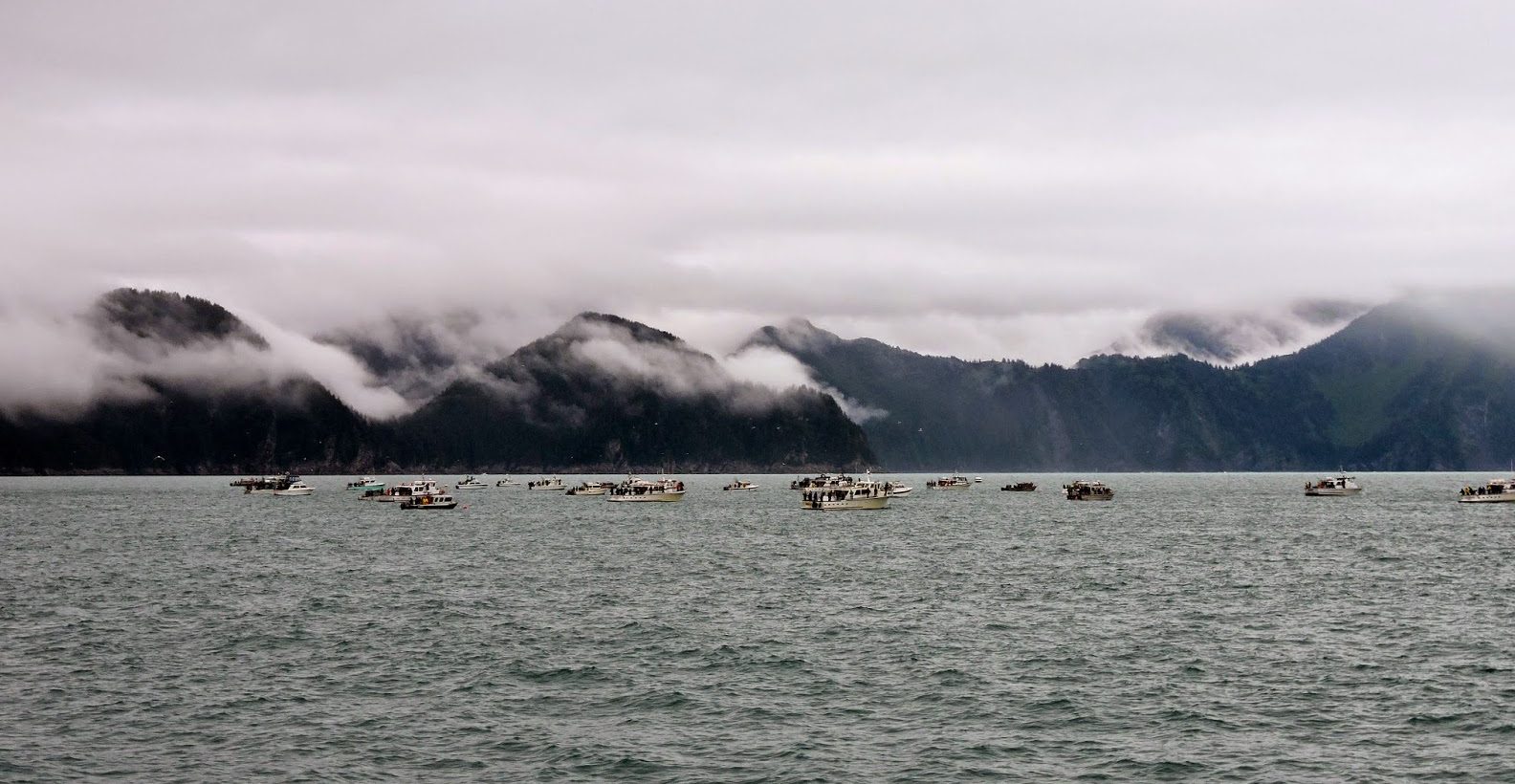 Looks like we all had the same idea today 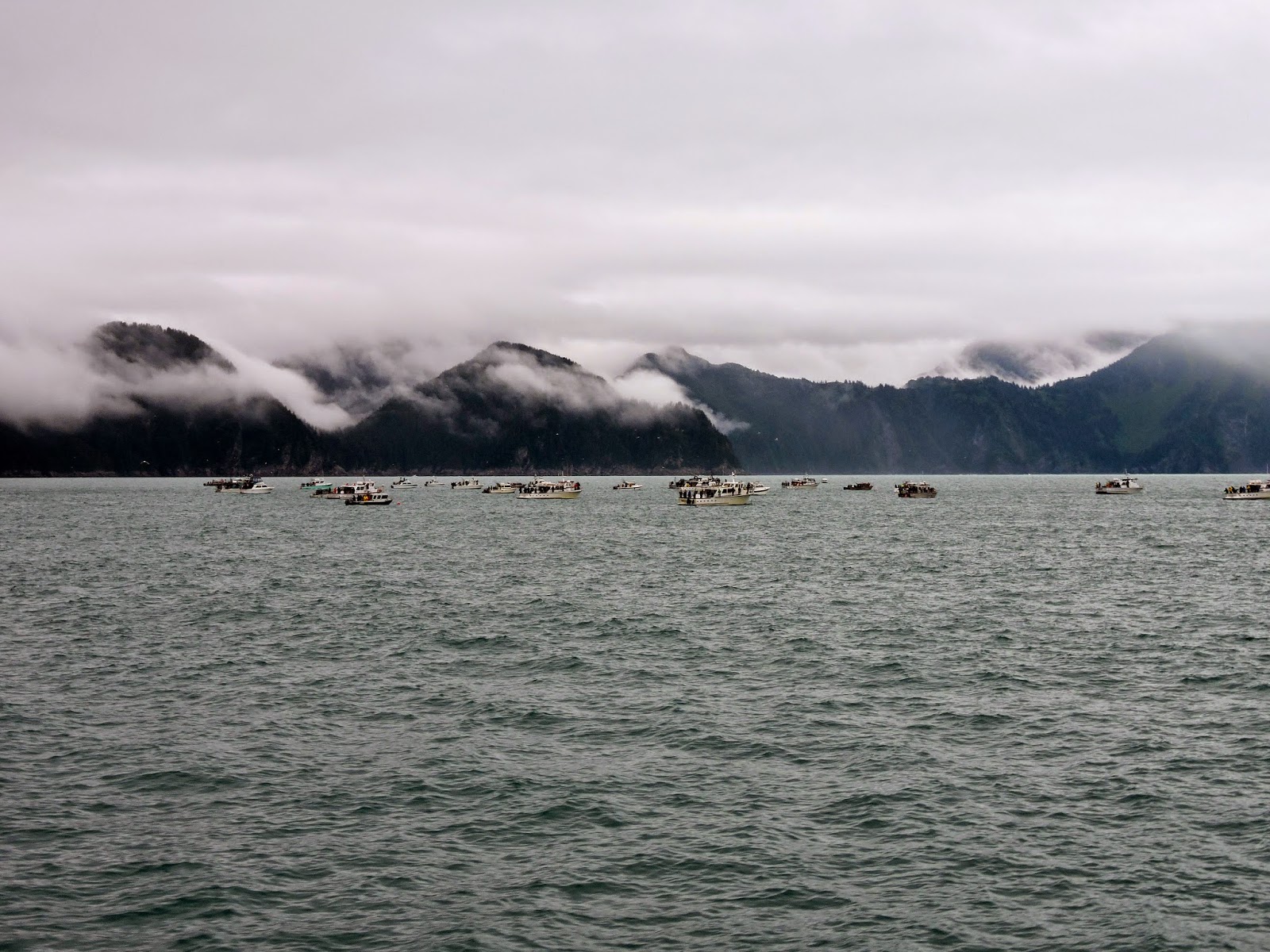 We have been blown off the gulf for the past four days and the forecast is still showing no signs of letting up in the next day or two.  We have been targeting Silver Salmon inside the bay and luckily we’ve been doing really well.  The Silvers have been pouring into Resurrection Bay at a steady rate making for some action packed Salmon fishing.  On today’s charter we caught a total of 102 Silver salmon, limiting a group of 17 people with six Salmon each.  The start of the Seward Silver Salmon Derby has begun and boats from all over the state are down here trying to get their hands on some of that prize money.

Many of the silvers have been in the 9lb-13lb range with a few larger mixed into the bunch.  Most of the Silver Salmon are still at the entrances to the bay and those mooching and trolling seem to have much success.  I expect better and better fishing towards the head of the bay as the Silvers move north to Seward.  We haven’t seen any monsters yet but expect a few in the 16lb-20lb weight class to hit the dock soon.  Hopefully this weather system that’s been hanging over the North Gulf with let up soon so we can get out to the Halibut grounds.  It has been a nice break for the fishery and I’m sure the fishing will be spectacular once we make it out.  FISH ON!! 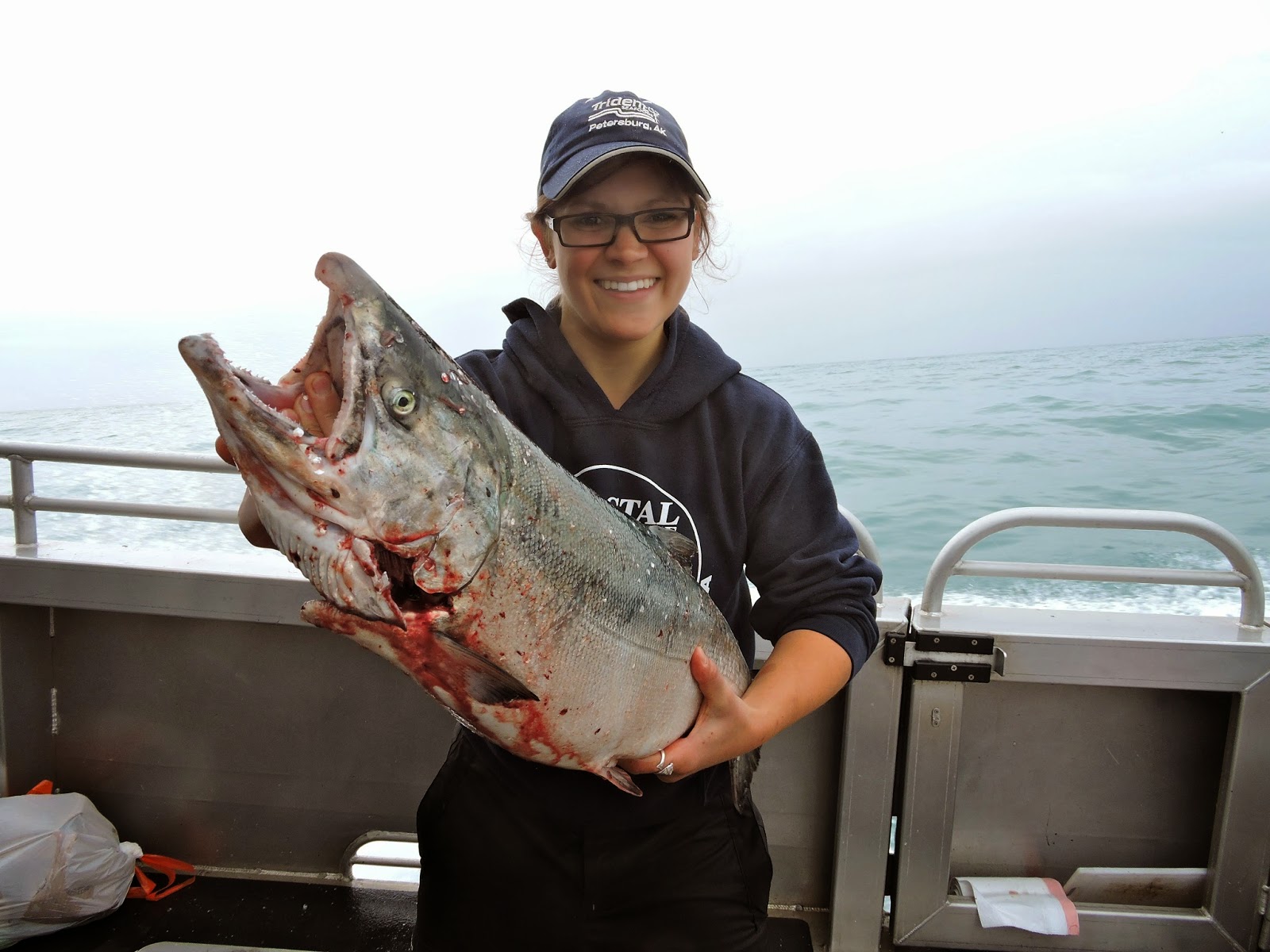 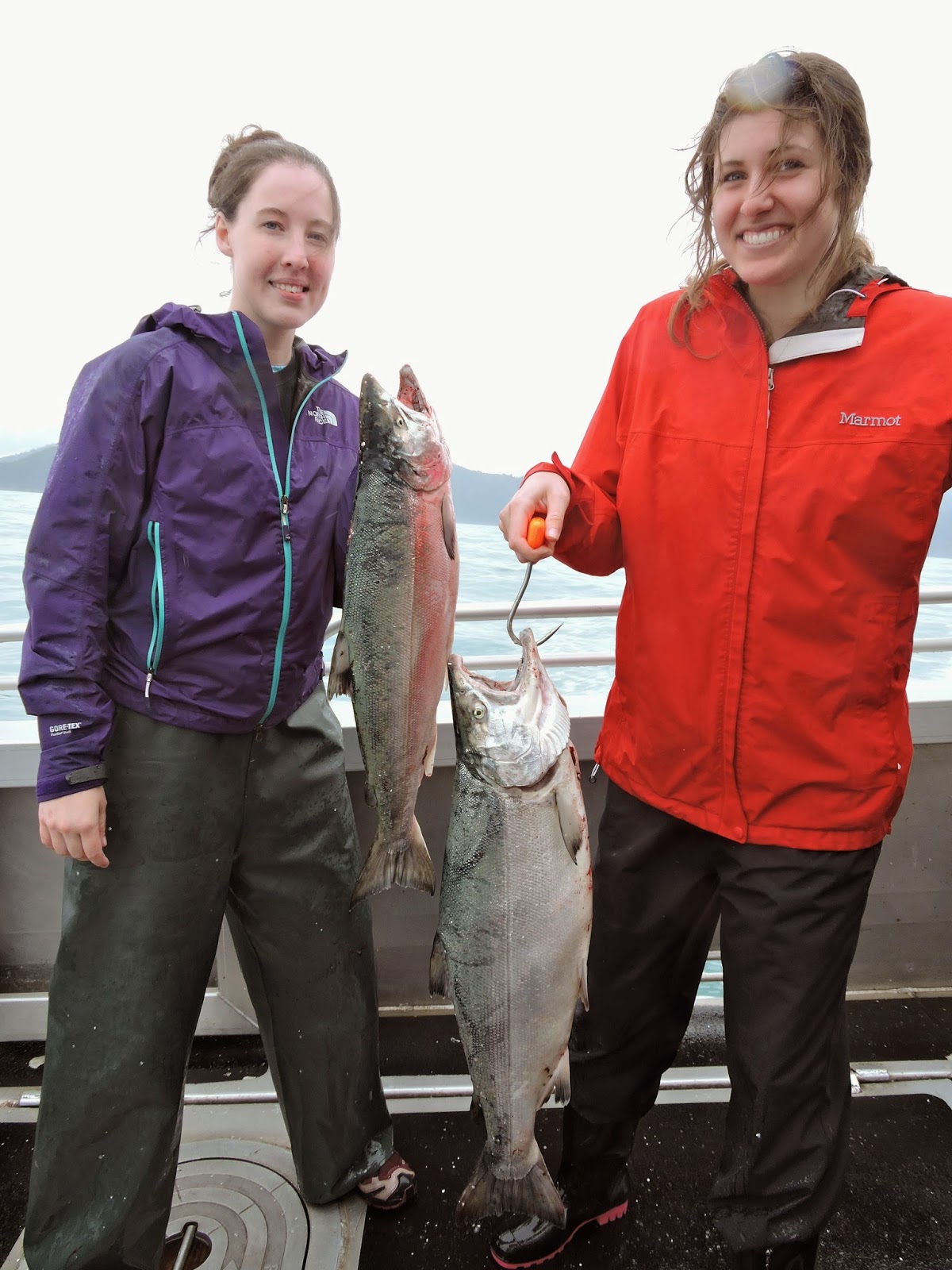 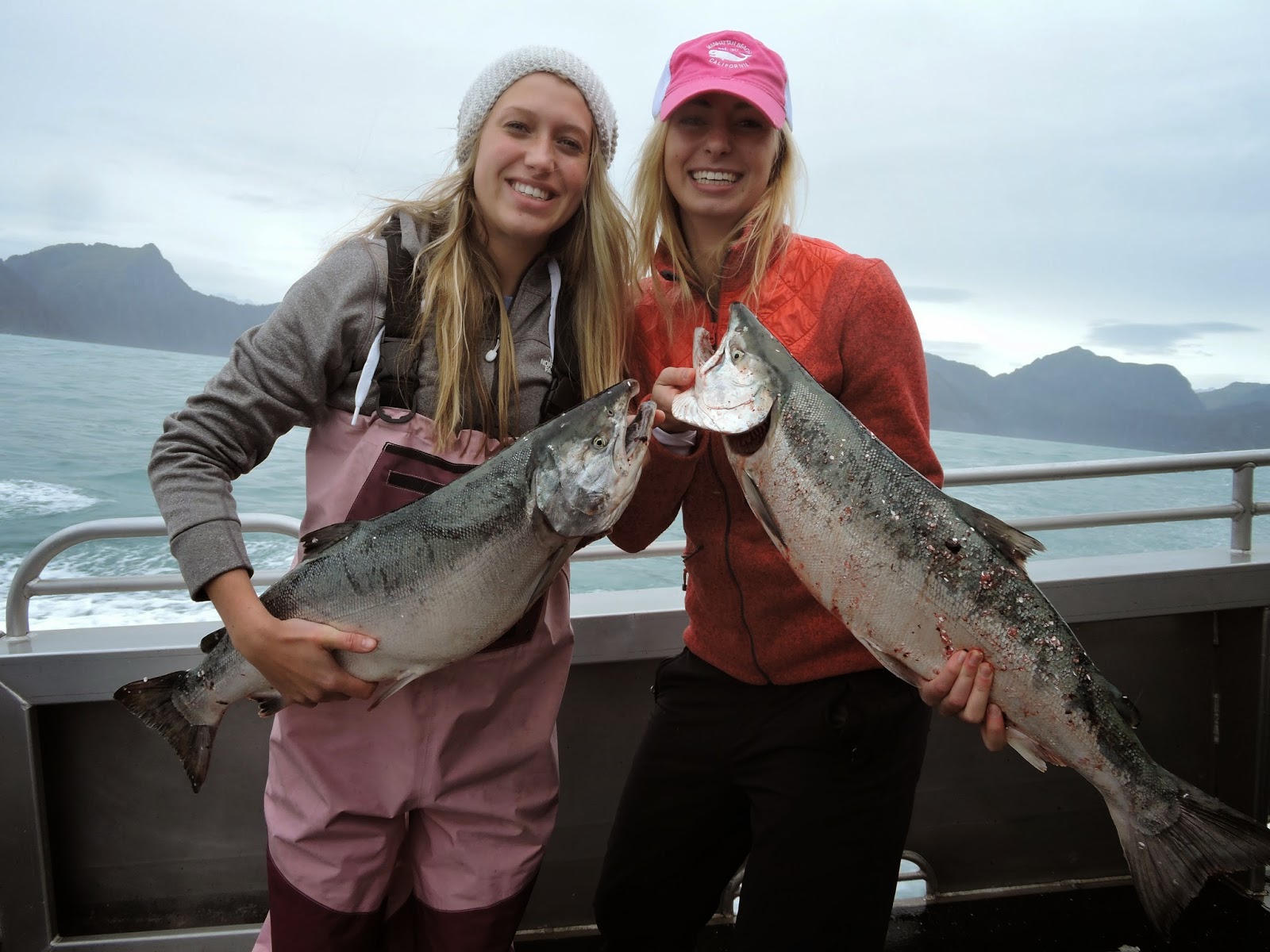